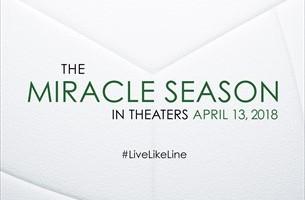 A limited number of free tickets were available to the public. Any seats that are unclaimed at 1:45pm on the day of the show will be released to those waiting in line. First come, first served. There will not be a waiting list

Cell Phones are NOT PERMITTED in the theatre
A ticket will guarantee entrance until 1:45pm.
At 1:45pm tickets will be released to those waiting in line.

ABOUT THE MIRACLE SEASON

Based on the inspiring true story of West High School girls’ volleyball team.  After the tragic death of the school’s star player Caroline “Line” Found, the remaining team players must band together under the guidance of their tough-love coach in hope of winning the state championship.