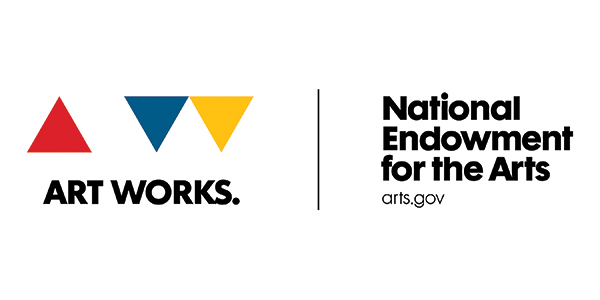 THE ENGLERT THEATRE TO RECEIVE NATIONAL ENDOWMENT FOR THE ARTS GRANT AWARD IS AMONG 1,023 MADE NATIONALLY

IOWA CITY, IA – Through its grant-making to thousands of nonprofits each year, the National Endowment for the Arts (NEA) promotes opportunities for people in communities across America to experience the arts and exercise their creativity.

In the second major grant announcement of fiscal year 2015, the NEA will make a $10,000 award to The Englert Theatre to advance literary programming in our flagship festival event, Mission Creek Festival. The NEA will make 1,023 awards totaling $74.3 million nationwide in this funding round.

NEA Chairman Jane Chu said, “The NEA is committed to advancing learning, fueling creativity, and celebrating the arts in cities and towns across the United States. Funding these new projects like the one from The Englert Theatre represents an investment in both local communities and our nation’s creative vitality.”

The grant will support the Englert’s mission to provide diverse programming, educational opportunities and exposure to the performing and visual arts. Mission Creek Festival is one such endeavor, a weeklong festival located in downtown Iowa City entering its eleventh year in 2016.

Englert Development Director, Katie Roche said, “Winning this grant is a great honor and places our event, the Mission Creek Festival, among festivals doing the best programming in our nation. In addition, we’ve always been proud that the literary programming within Mission Creek is free and this financial support helps us to continue that important tradition.”

The theme of the 2016 festival literary programming is “Literature Within and Beyond Text” which will explore literary themes in traditional forms as well as nontraditional forms, including graphic novels, zines, monologues, video essays, and more. The NEA grant will support:

Writers in Residence: A four-day, outreach-oriented residency for established writers. Engagements include youth outreach, lectures and discussion sessions with undergraduate and graduate students at the University of Iowa, collaborations with local artists working in other mediums and more. Past residents include Roxane Gay, Cornelius Eady, and Brian Evenson.

Emerging Authors Readings: A core component of the Mission Creek Festival is support of and engagement with new and emerging writers from across the U.S. These readings bring some of the most exciting young talent to Iowa City to engage in direct dialogue with new and wider audiences.

Literary Walk/Lit Crawl:The literary walk takes place on the Friday night of the festival each year. The literary walk features ten readings in ten venues over three hours. Each reading features publishers and the exciting authors and writing being published. In total, this walk includes approximately 75 local and national writers representing more than 15 publishers from across the country. In 2014, the literary walk drew a total audience of 590 attendees.

Independent Press and Literary Magazine Book Fair: Hosted inside one of Iowa City’s legendary live music venues, The Mill, Mission Creek’s annual book fair brings editors from publishers all of the country and the world. In 2016, the fair will also host presses working in the realm of graphic literature.

Artist Roundtables: Artist roundtables during Mission Creek bring together writers with artists from other disciplines for discussion sessions on craft.

Youth Workshops: Author-led workshops with middle- and high-school-aged youth as well as public readings of their work.

Andre Perry, executive director of The Englert Theatre and director and co-founder of Mission Creek Festival, said the recognition is “an important step forward for the arts scene in the Corridor.” Perry said the programming supported by this grant will “reflect our efforts to explore hybrid and multidisciplinary forms of creativity.”

“What happens when literature crosses wires with the visual arts and live performance? That’s the question we are asking.”

“I am proud of The Englert Theatre and the Mission Creek Festival for this prestigious grant,” said Iowa City Mayor Matt Hayek. “Through their literary programming, these organizations enhance our community’s culture and reputation as a UNESCO City of Literature.”

To join the Twitter conversation about this announcement, please use #NEASpring2015. For more information on projects included in the NEA grant announcement, go to arts.gov