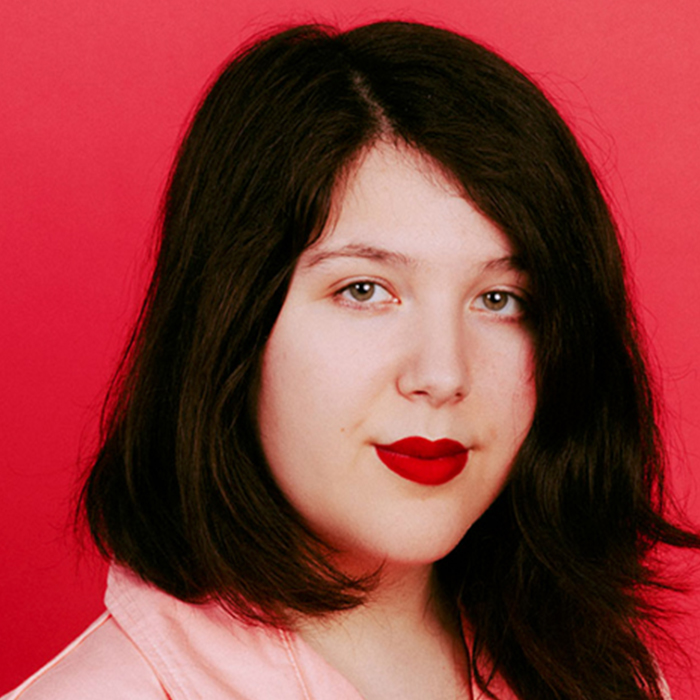 Dacus uses her gift as a songwriter to help understand and cope with the world around her, including making sense of national holidays, often more geared towards social media boasts and manufactured consumerism than authentic celebration. “What is going on,” she asks herself on these days, retreating from the heightened expectations of holidays to figure out what to make of them and to find her own meaning. “I’ve collected some songs from trying to answer that question,” she says, and “this series seems like the right place to put them next to each other. These songs are self-contained, not indicative of a new direction, just a willingness to do something different and sometimes even out of character.”

2018 was a milestone year for Richmond, VA’s Lucy Dacus. Her widely celebrated sophomore record, Historian, was met by a cavalcade of critical elation, with NPR, Rolling Stone, Pitchfork, NBC News, Slate, The Atlantic, Billboard, Paste, Stereogum, and more choosing it as one of the best albums of the year. Her collaborative EP as 1/3 of boygenius (with Julien Baker and Phoebe Bridgers) landed on many of those same lists, plus Newsweek, The New Yorker, Esquire, and the New York Times. She played revelatory sold-out shows at clubs and festivals alike, and appeared on television sets across the country on CBS This Morning, Late Night with Seth Meyers, and Last Call With Carson Daly.

A Million Miles Away follows Moen’s 2016 (self-titled EP) and 2017 (That’s All I Wanted LP) releases that took her on tour throughout the Midwest and Western United States alongside Europe. During this time she has acted as direct support for Lake Street Dive, Margaret Glaspy, Becca Mancari, Houndmouth, William Elliott Whitmore (featured on her 2017 LP), Lissie, Buck Meek and has had her music placed in films including the Netflix original movie “Candy Jar.” In support of her new album, Moen embarked on her first national headlining tour with dates in major cities including Chicago, New York City, Los Angeles, San Francisco, Portland, Denver, and Nashville.

On her debut album ALONE AT LAST, Tasha celebrates the radical political act of being exquisitely gentle with yourself. For years, the Chicago songwriter has dreamed hard of a better world — she’s worked with the local racial justice organization BLACK YOUTH PROJECT 100 and has been on the front lines at protests around the city. But as she returned to the guitar, an instrument her mother first taught her to play when she was 15 years old, she began exploring the ways music can be a powerful force for healing. It might not fix a deeply broken world all by itself, but it can offer comfort and respite for those who, like her, dare to imagine a thriving future.

Across ALONE AT LAST’S seven tracks, Tasha sings mantras of hope and restoration over lush guitar lines inspired by the stylings of Nai Palm and Lianne La Havas — both artists who, like Tasha, opt for a sweetness in their playing over the masculinized bravado that often accompanies the electric guitar. “YOU/TAKE CARE OF YOUR LITTLE BODY,” Tasha urges on the record’s spoken word opener. On “KIND OF LOVE,” she paints falling for someone as the gateway to a new world where anything’s possible, and on “SOMETHING ABOUT THIS GIRL,” she notes the profound strength that comes from vulnerability: “ALL HER SOFTNESS MAKE HER TOUGH.”

“THESE SONGS ARE BED SONGS,” Tasha says of Alone At Last. “SONGS ABOUT THE PLACE THAT ONE MIGHT GO WHEN THEY FINALLY NEED TO BE AWAY FROM WHATEVER IT IS THAT MIGHT BE CAUSING THEM STRESS OR ANXIETY OR SADNESS OR FEAR.” In the world she conjures within the album, there’s plenty of room to forge your own home where you can rejuvenate and heal — where you don’t have to be a superhero and you don’t have to save the world all by yourself, where nothing is expected of you except that you just be. It’s the kind of album you can curl into after a hot summer day in the city: a powerful talisman in a demanding world, and a reminder that kindness toward the self can help unlock the way to a world a little more livable than this one.