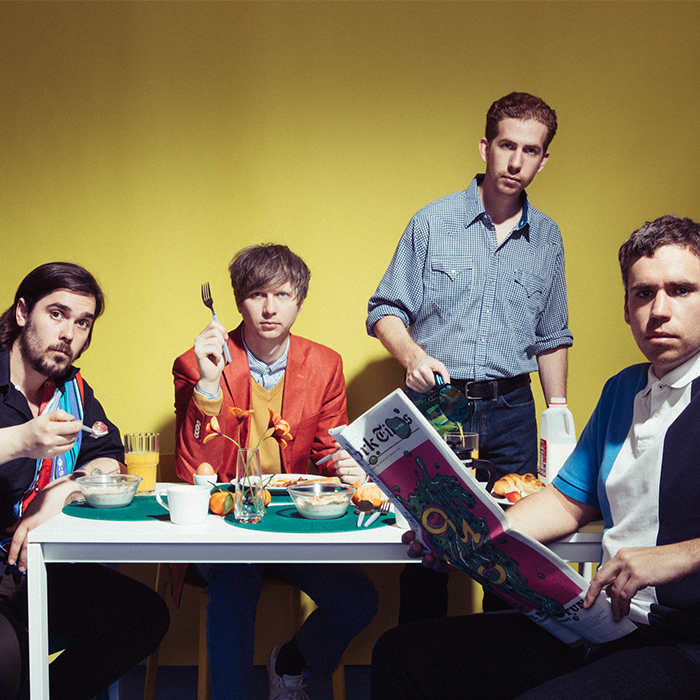 Wide Awake! is New York’s Parquet Courts’ fifth record since their formation eight years ago. It’s also their most groundbreaking. It’s an album about independence and individuality but also about collectivity and communitarianism. Love is at its center. There’s also a freshness here, a breaking of new territory that’s testament to the group’s restless spirit.

In part, this may be attributed to the fact that it’s produced by Brian Burton, better known as Danger Mouse, but it’s also simply a triumph of their songwriter’s art. The songs, written by Austin Brown and Andrew Savage are filled with their traditional punk rock passion, as well as a lyrical tenderness, but are elevated to even greater heights by the dynamic rhythmic propulsion of Max Savage (drums) and Sean Yeaton (bass).

Lonnie Holley was born on February 10, 1950 in Birmingham, Alabama. From the age of five, Holley worked various jobs: picking up trash at a drive-in movie theatre, washing dishes, and cooking. He lived in a whiskey house, on the state fairgrounds, and in several foster homes. His early life was chaotic and Holley was never afforded the pleasure of a real childhood.

Since 1979, Holley has devoted his life to the practice of improvisational creativity. His art and music, born out of struggle, hardship, but perhaps more importantly, out of furious curiosity and biological necessity, has manifested itself in drawing, painting, sculpture, photography, performance, and sound. Holley’s sculptures are constructed from found materials in the oldest tradition of African American sculpture. Objects, already imbued with cultural and artistic metaphor, are combined into narrative sculptures that commemorate places, people, and events. His work is now in collections of major museums throughout the country, on permanent display in the United Nations, and been displayed in the White House Rose Garden.

Holley did not start making and performing music in a studio nor does his creative process mirror that of the typical musician. His music and lyrics are improvised on the spot and morph and evolve with every event, concert, and recording. In Holley’s original art environment, he would construct and deconstruct his visual works, repurposing their elements for new pieces. This often led to the transfer of individual narratives into the new work creating a cumulative composite image that has depth and purpose beyond its original singular meaning. The layers of sound in Holley’s music, likewise, are the result of decades of evolving experimentation.

Dan Padley is a guitarist/composer based out of Iowa City, IA. Since studying music at the University of Iowa, Dan has performed with many artists including Wayne Newton, Elizabeth Moen, River Glen, Dana T, Blake Shaw, comedian Jimmy Pardo, and many more. Dan has released several albums and EPs, including his most recent full length ‘Perfectly Whelmed’