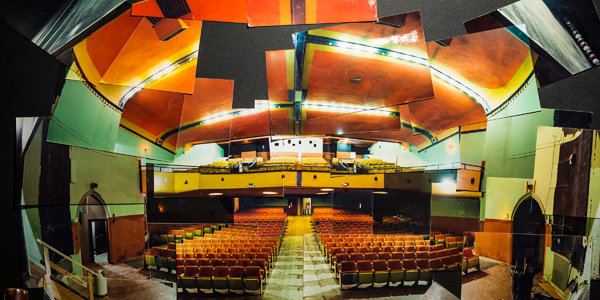 The Englert Theatre conducted one capital campaign that led to reopening the historic building as a nonprofit performing arts center in 2004, a mini-campaign in 2011 to obtain ownership of the mortgage, and are currently in a collaborative capital campaign alongside FilmScene, which was launched in April of 2019. The first campaign known publicly as the “Save The Englert Campaign” included contributions from hundreds of area households and businesses. This campaign was a success due to the support of the City of Iowa City, the generosity of contributors as well as the management of campaign staff, a dedicated board of directors and thousands of volunteer hours.

Then in 2011, the Englert launched a mini-campaign to gain full possession of its mortgage. A third party, Cityscape, provided historic tax credits to the theater in 2004 to help with the building’s reconstruction. As part of the agreement, Cityscape owned part of the theater’s mortgage, with the understanding that the Englert would buy out Cityscape in 2011. The Englert now fully owns the historic property due to the generosity of donors to that campaign.

In 2019, the Englert, in collaboration with FilmScene announced a collaborative campaign called Strengthen • Grow • Evolve. The Englert Theatre and FilmScene are seeking a major reinvestment to strengthen the arts through modern and historic venues, innovative programming, and new models of collaboration. Iowa City is a great city for the arts. We are known for our rich culture. It is why people live here, what people remember when they come to visit, and the charm that attracts new people to call this place home.

To learn more on the current capital campaign, go to strengthengrowevolve.org