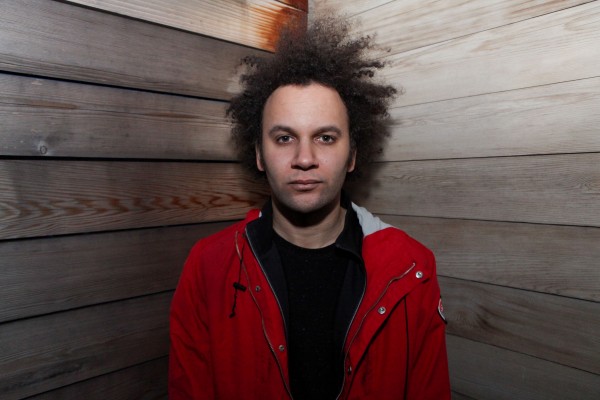 Ticketing: $10 / $15 G.A. (+ fees)
Purchase tickets at the Box Office or Online
Silver Pass – $135 – The Silver Pass grants access to all Mission Creek Festival ticketed music and comedic performances. Free events are subject to capacity. Entrance to ticketed events at the Blue Moose and Englert is guaranteed at all times. Entrance to other venues is subject to capacity – arriving early often secures admission. Special VIP events such as receptions, special dinners and brunches, screenings at FilmScene, are not included in the Silver Pass and require the purchase of additional tickets.

Praised by the Washington Post as “one of the most acclaimed experimental musicians of the last decade,” Braxton has been writing and performing music under his own name and collaboratively, under various group titles, since the mid-1990s. He is the former front man of experimental rock band Battles, whose debut album Mirrored was both a critical and commercial success. Since departing Battles in 2010, Braxton has focused on composing music for HIVE, as well as composing commissioned pieces for ensembles such as The Bang on a Can All Stars, Kronos Quartet, Alarm Will Sound, and Brooklyn Rider. In 2012, he collaborated with Philip Glass during the ATP I’ll Be Your Mirror festival. He has also performed his orchestral work Central Market with the Los Angeles Philharmonic, London Sinfonietta, BBC Symphony Orchestra, and New York’s Wordless Music Orchestra.

On March 27, Braxton will begin a three-night residency at the Knoxville Museum of Art as part of the progressive music festival Big Ears. HIVE will be performed once each day during the festival.

Nonesuch releases HIVE1, the label debut from Tyondai Braxton on May 12, 2015. Written and recorded throughout 2013 and 2014, the recording comprises eight pieces that were originally conceived for a performance work called HIVE that debuted at New York’s Guggenheim Museum in 2013. The work evolved into HIVE1, which is available to pre-order on iTunes and nonesuch.com, where all pre-orders include an instant download of the album track Scout1. The full track list is below.

Following its New York premiere, HIVE was performed at the Sydney Opera House, the MONA FOMA festival in Tasmania, and London’s Barbican Centre as part of Nonesuch’s 50th celebration. The piece was created as a live multimedia work that was part architectural installation and part ensemble performance with five musicians sitting cross-legged atop their own space-age oval pods. Designed by Danish architect Uffe Surland Van Tams, each pod was programmed to complete the sonic mood of the piece with ever-changing LED light emitting through its perforated wooden walls. The piece derived its name, as Braxton told London’s Guardian, because “there’s a very social aspect to what’s happening in this project. Technologically speaking, the performers of the piece are very connected together.”