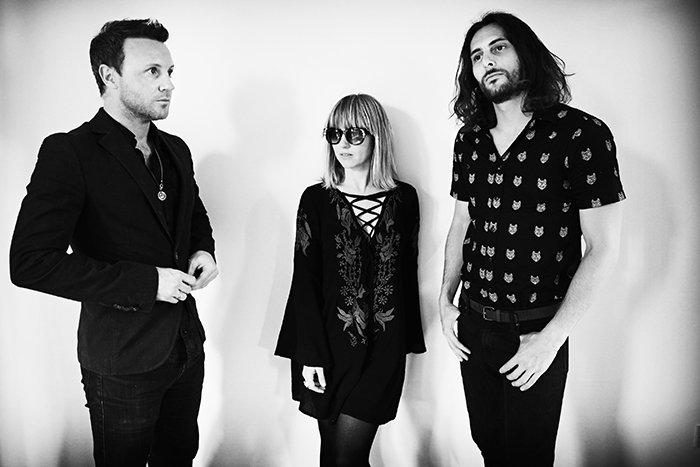 Ticketing: $22 In Advance / $25 Day of Show G.A. (+ fees)
Purchase tickets at the Box Office or Online
Silver Pass – $135 – The Silver Pass grants access to all Mission Creek Festival ticketed music and comedic performances. Free events are subject to capacity. Entrance to ticketed events at the Blue Moose and Englert is guaranteed at all times. Entrance to other venues is subject to capacity – arriving early often secures admission. Special VIP events such as receptions, special dinners and brunches, screenings at FilmScene, are not included in the Silver Pass and require the purchase of additional tickets.

The demise of the English punk band Sidecar Kisses led to frontwoman Ritzy Bryan forming The Joy Formidable with bandmate and bassist Rhydian Dafydd. They relocated to London shortly after and added drummer Matt Thomas to the trio. Under the guitar and vocal leadership of Bryan, the band started developing the noisey alt-rock sound that led to the release of the 8-track mini album A Balloon Called Moaning in 2009. Their reputation in the UK eventually had them touring with Passion Pit and later signing to Black Bell Records run by Ayad Al Adhamy.

A Balloon Called Moaning was released stateside and the band released their full length debut The Big Roar in 2011. With heavy hitting singles “Whirring” and “A Heavy Abacus”, the trio found themselves on tour with rock giants Muse through most of 2012. While on the road, they wrote material for the sophomore release of Wolf’s Law continuing with the massive shoegaze sound that garnered the band’s early attention.