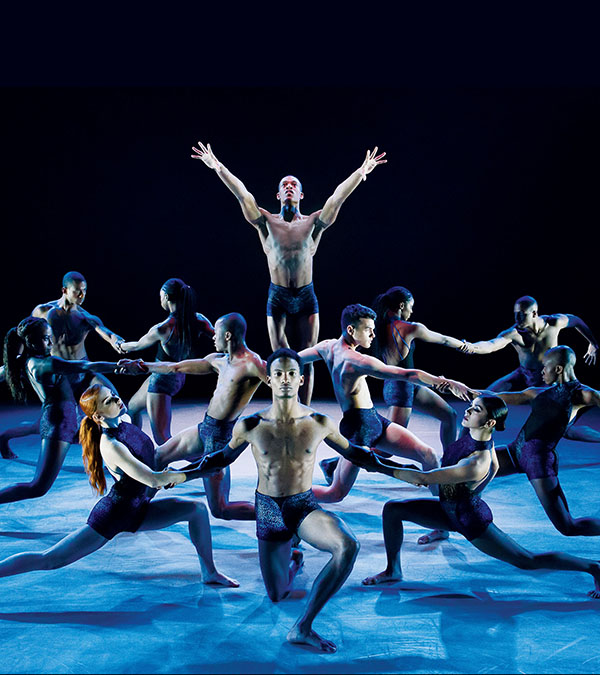 There’s nothing like the thrill of discovering a new favorite artist or being the first to see new work by acclaimed choreographers. Ailey II gives you both: a company of 12 on their-way-to-the-top dancers and a repertory of works by emerging talents fresh out of the rehearsal room.

Handpicked by artistic director Troy Powell, the Ailey II dancers travel year-round to share their “off-the-charts energy” (The New Yorker) with audiences around the world – with a tour schedule unlike any other second company. See why The New York Times says, “There’s nothing like an evening spent with Ailey II” as they perform new works and returning classics.

For more than forty years, Ailey II has merged the spirit and energy of the country’s best young dance talent with the passion and creative vision of today’s most outstanding emerging choreographers. Started in 1974 as the Alvin Ailey Repertory Ensemble, Ailey II embodies Alvin Ailey’s pioneering mission to establish an extended cultural community that provides dance performances, training and community programs for all people. Mr. Ailey personally selected the veteran dancer Sylvia Waters to lead this junior company, and as its Artistic Director for 38 years, she developed Ailey II into one of America’s most popular dance companies. In June 2012, Ms. Waters retired and named her longtime associate Troy Powell as the new Artistic Director. With Mr. Powell at the helm, Ailey II continues to thrive as he brings a fresh dimension to this beloved company.