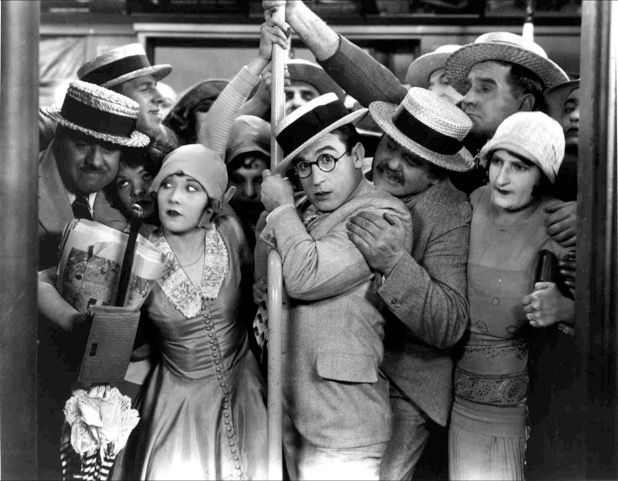 Alloy Orchestra has been called “the best in the world at accompanying silent films” by Roger Ebert, and features multi-instrumentalist Terry Donahue, director and percussionist (and former Iowa City resident) Ken Winokur, and keyboardist Roger C. Miller. Past films presented by Alloy Orchestra at the Englert include Variete, Metropolis, Nosferatu, The General, Lonesome, and Man With a Movie Camera.

Alloy premiered their score for Harold Lloyd’s Speedy at the Telluride Film Festival in September, 2001. Speedy is Lloyd’s last silent film and certainly one of his best. See why Lloyd was more popular than even Chaplain and Keaton at the end of the silent era. This fast paced dramatic comedy, shot in the streets of New York, explores the theme of modernization, pitting the last horse drawn trolley in the city, against the evil forces of the transit monopoly.