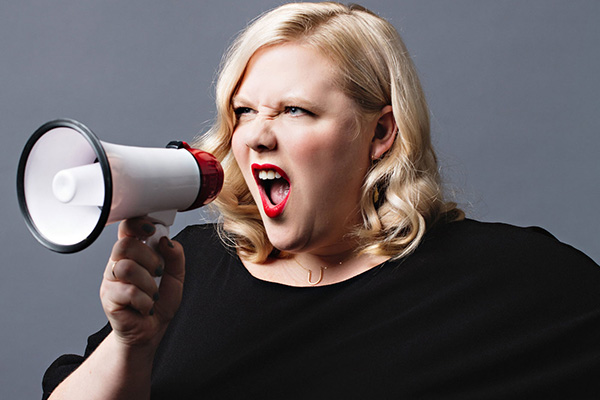 Ticketing: General admission tickets for the 2017 Choice event are $60; low-income and student tickets are $25 (+ Fees). The cost of attendance is tax-deductible.
Purchase tickets at the Box Office or Online

Named “one of the most notable voices on the internet” by Flavorwire and hailed as “an essential and hilarious voice for women” by Girls creator and star Lena Dunham, Lindy West’s work focuses on feminism, social justice, and body image and has appeared in the New York Times, Cosmopolitan magazine, GQ, Vulture, Jezebel and This American Life. Her debut memoir, Shrill: Notes From A Loud Woman, is out now from Hachette Books. Local comedian Megan Gogerty will introduce West.

Founded in 1973, the Emma Goldman Clinic is an independent, nonprofit organization driven by feminist ideals; its mission is to empower women and men through the provision of client-centered reproductive healthcare, including abortion services, gynecology services, safe sex promotion, and community education. Each year, 100 percent of the proceeds from Choice Event ticket sales are applied to the deProsse Access Fund. Named for Charles deProsse, the Access Fund directly subsidizes services for under-insured women and men accessing health care services at the Emma Goldman Clinic.

General admission tickets for the 2017 Choice event are $60; low-income and student tickets are $25. The cost of attendance is tax-deductible.