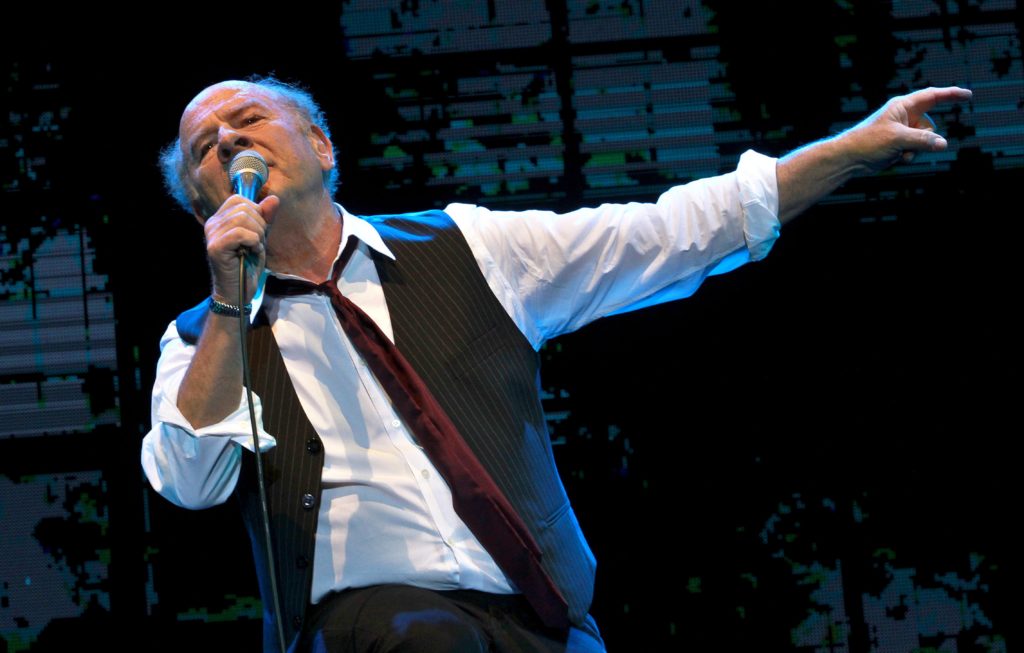 Art Garfunkel: In Close-Up – SOLD OUT

Blessed with what the New York Times described as a “beautiful countertenor,” singer ART GARFUNKEL has made an indelible mark on the music world as both a solo artist and half of the unrivaled Simon & Garfunkel. He has also enjoyed a successful film career, published a book of poetry and released 12 solo albums, the most recent being SOME ENCHANTED EVENING in 2007.
Since then, he has been busy as a husband and father to his two sons, 23 year-old James and eight-year-old Beau Daniel. He is also an avid walker who has walked across Japan, the US (celebrated in the 1997 concert DVD ACROSS AMERICA) and now Europe.
GARFUNKEL was originally revered for his Grammy-winning, chart-topping songs and albums with partner and fellow NYC native Paul Simon. Their greatest hits collection, which includes “Mrs. Robinson,” “Scarborough Fair,” “The Sound Of Silence,” “The Boxer” and “Bridge Over Troubled Water,” among others, is one of the biggest selling album ever.
After Simon & Garfunkel parted ways in 1970, GARFUNKEL landed several major film roles, including “Carnal Knowledge” (opposite Jack Nicholson), “Catch 22” and Nicholas Roeg’s “Bad Timing/A Sensual Obsession.” His solo debut ANGEL CLARE spawned the top 10 hit “All I Know.” His other solo albums include BREAKAWAY (‘75; features the hit “I Only Have Eyes For You”), WATERMARK (‘78; featuring “[What A] Wonderful World” with James Taylor and Paul Simon), FATE FOR BREAKFAST (‘79), SCISSORS CUT (‘81), THE ANIMALS’ CHRISTMAS (‘86), LEFTY (‘88), GARFUNKEL (greatest hits, ‘88), UP TILL NOW (‘93), ACROSS AMERICA (‘97), SONGS FROM A PARENT TO A CHILD (‘97), EVERYTHING WAITS TO BE NOTICED (’03), SOME ENCHANTED EVENING (’07) and THE SINGER (2012).
The late ‘80s brought two new challenges for GARFUNKEL: he published Still Water, a collection of poetry in ‘89, and began an amazing trek across America–on foot. But the ‘80s and ‘90s found GARFUNKEL doing what he does best: singing for an audience. “Taking on the fear and vulnerability of a live show keeps you vital,” says GARFUNKEL, who relishes the opportunity to perform new and classic material for fans around the world. “I’m a singer trying to get away with a lucky job. I try to soothe, to lift…That’s my life.”
GARFUNKEL earned his Bachelor of Arts degree at Columbia College, majoring in Art History; later he earned his Masters degree in Architecture at Columbia University. He lives in New York City with his wife Kim. GARFUNKEL is an avid reader and has chronicled every book he’s read since June 1968 on his website–-1,210 in all.