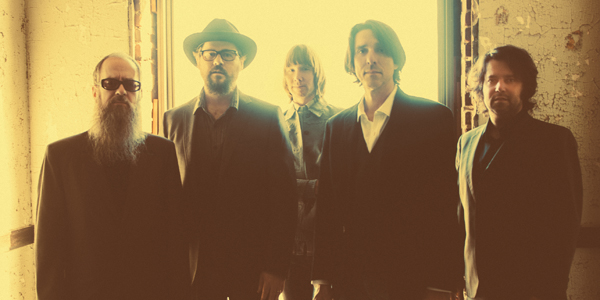 Ticketing: $25 Reserved Seating
Limited Seating May Open Up at 7:00pm
Purchase tickets at the Box Office or Online

Back in 2007, Drive-By Truckers did a series of shows that we called The Dirt Underneath.

It was conceived as an acoustic tour, but over time it sort of morphed into more of a halfway acoustic tour. We sat down (most shows) and definitely re-arranged and reinvented songs, pulled out songs that usually don’t get played much in our regular show, had more banter and story-telling and a generally different vibe and approach from the DBT Rock Shows that we are known for.

The tour was a great success and a lot of fun and we have always talked of doing it again, but it’s just never been the right time or situation. Until now.

We are going out in April with the same approach. It will be a fun change of pace for us and hopefully a fun and different thing for Y’all. We hope to pull out some different songs and toy with some old favorites in a different way and as I said, hopefully work up some new ones along the way. I know that BTCD greatly benefited from that tour and as we’re in the early stages of writing and thinking of what comes next, this seemed like a great time time to pull out some chairs and maybe a lamp or two and invite Y’all to a traveling living room for a couple of weeks.

Who knows what will come of it?

As always, thank you for your long time support. and see you at the dig site.
DBT