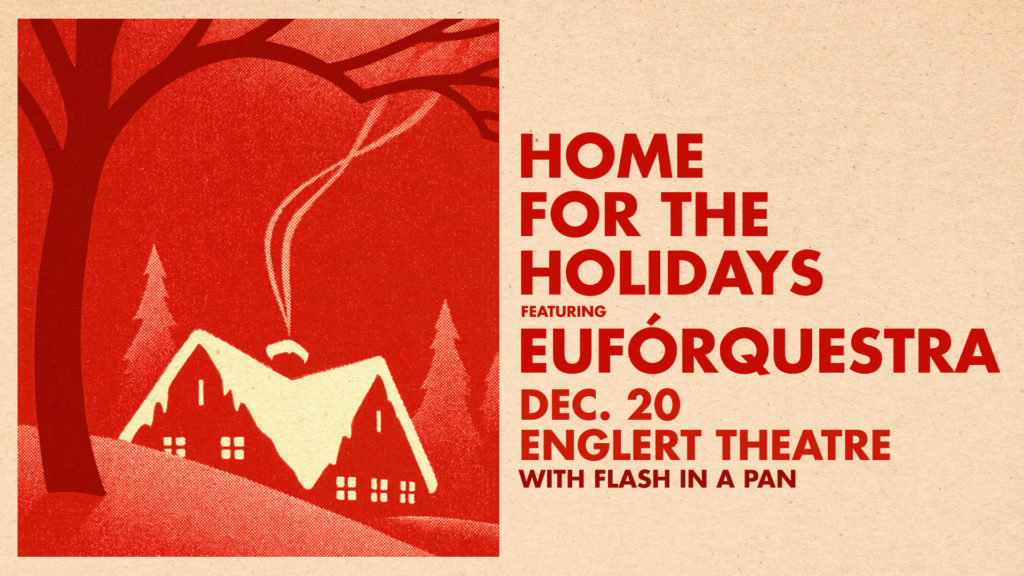 Eufórquestra: Home for the Holidays X

Eufórquestra (pronounced yoo-FOHR-keh-struh, think euphoria+orchestra) is energy and rhythm personified. An ever-evolving sound that has been influenced by music from all over the world with an emphasis on funk, pocket and groove. For over a decade the band has been igniting dance floors across the country, blending the roots of funk, soul, afrobeat, reggae and dub to create a sound that “explodes, dances and melts in your ear with sheer bliss”(Chris M. Slawecki; AllAboutJazz.com).

Eufórquestra’s fifth full-length record, FIRE, was produced by Kyle Hollingsworth (of The String Cheese Incident) and captures the passion and musical maturing of these road warriors. Over the course of 14 tracks, the band takes you on an hour-long adventure that will touch your heart and mind, and keep your fingers and toes tapping. A handful of special guests, including Elliot Martin (John Brown’s Body), Gabriel Mervine and Kim Dawson (The Motet) and Mr. Hollingsworth himself, put their own touches on the band’s already cohesive sound that is “tight and engineered to a fine, funky precision.” (Jeremy Frazier; Chicago Jam Scene) The result is a record that is distinctly modern, maintaining one foot in the future and firmly planting in the musical roots traditions of the past.

With almost 1,000 shows under their belt, Eufórquestra shows no sign of stopping. A perpetually heavy tour schedule keeps the band and fans happy, as performing live in front of an audience has always been the band’s top priority. As noted in a live show review by Grateful Web, “…the boys seem to play like the apocalypse will happen at any second and they want to die doing what they do best…”