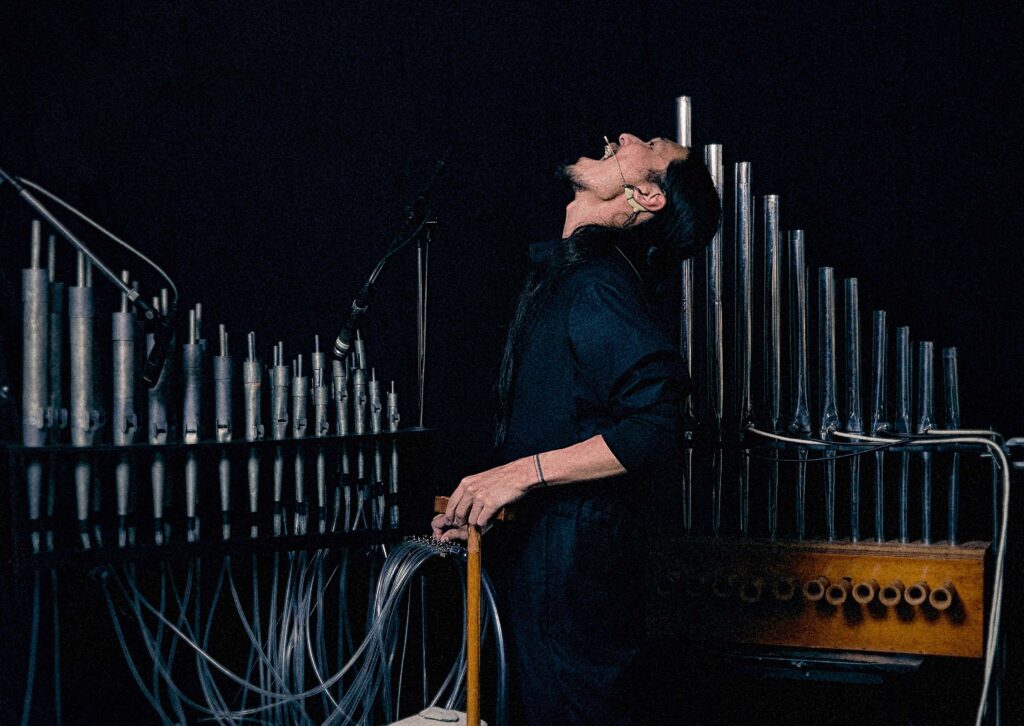 with Granular Breath | Intimate at the Englert

Presented by:
Feed Me Weird Things

FUJI|||||||||||TA is a Sound Artist living in Japan. His unique practice utilizes various natural phenomena that respond to his interest in wanting to hear unheard sounds and noises. In 2009, Fujita hand fabricated a Pipe Organ that has only 11 pipes and no keyboard. Fujita conceived and built it using his imagination, without any prior or specialized knowledge. Designed to create a landscape rather than function as a musical instrument, he took the idea from the Japanese “gagaku”. The air pump (called “FUIGO”) which is kept moving by the left hand when playing, and is based on associations with an ancient blacksmith. This is a unique instrument that Fujita had to learn to play. Recently, he has added a water element, with sound synthesized water tanks, to his performance repertoire. The music consists of water sounds from multiple aquariums alongside his pipe organ and his voice.

Since 2006, he has had many solo performances and collaborative works with musicians, including ∈Ｙ∋ (Boredoms), Akio Suzuki, Keiji Haino, and Koichi Makigami. He has presented his sound installation works in many contexts: the work “CELL”, which made audible the sounds of black soldier fly maggots buried in dirt, was exhibited in Sapporo International Art Festival 2017 and attracted a great deal of interest in Fujita’s artistic practice. A performance with an organ and 4 water tanks were performed in MODE (London) in 2019. In 2020, he released the albums “iki” [Hallow Ground] and “KŌMORI” [Boomkat Editions].