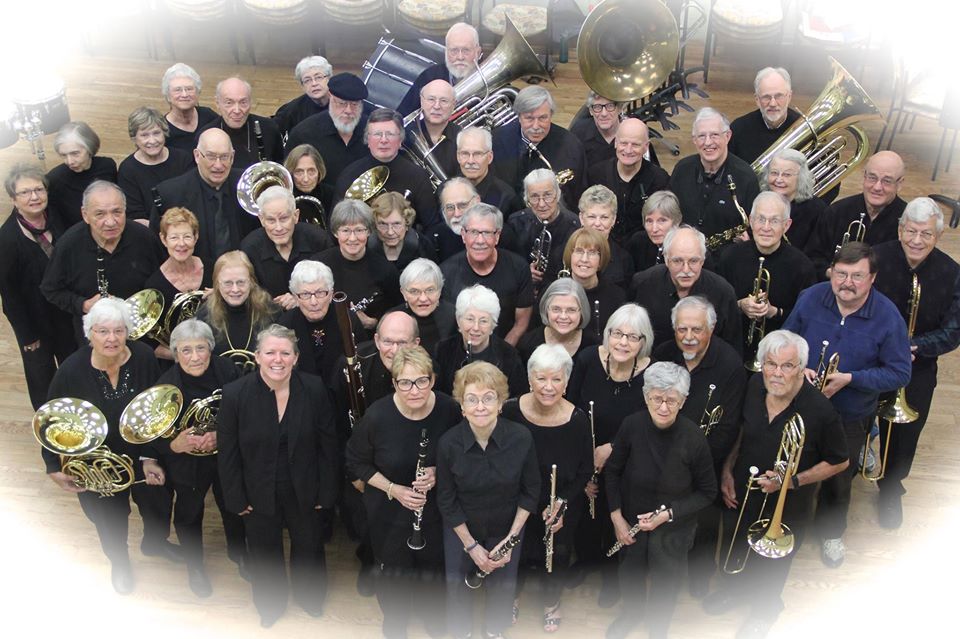 with the New Horizons Band

FREE and open to the public

Since 1995, The Iowa City New Horizons Band has provided opportunities for “chronologically gifted” adults to learn to play a musical instrument and enjoy playing with others. The band rehearses on Tuesday and Thursday mornings at the Iowa City/Johnson County Senior Center. Former players wishing to reacquaint themselves with their instruments can join at any time. Novices are encouraged to join the Monday Night Live! beginning/intermediate band that meets at West Music on Mondays from 5:30-6:30. A small tuition fee covers the costs of instruction and music. No previous background in music or on an instrument is necessary to join. Members can testify that it is possible to learn to play an instrument as a senior adult! Playing in a group is just too much fun to leave it all to the younger kids. For more information please contact Erin Wehr at erin-wehr@uiowa.edu.

Members of the ICCB come from all walks of life in the Iowa City area. Our conductor is Rob Medd, Director of Music, Iowa City West High. The ICCB has performed continuously since 1982. Our concerts are free to the public.
Please e-mail any questions or requests to our band manager Bob Brady [bbrady@westmusic.com] or call him at 319-351-2000.