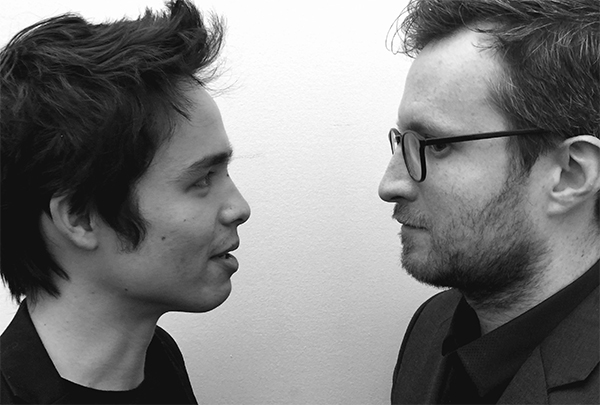 Iowa City native Conor Hanick and cellist Jay Campbell will perform at the Englert on Sunday, March 6th at 7 p.m. Sponsored by Hills Bank. All proceeds will go to the Iowa City Music Auxiliary. The musicians will hold a
Q&A session following the performance.

About Jay Campbell
Armed with a diverse spectrum of repertoire and eclectic musical interests, cellist Jay Campbell has been recognized for approaching both old and new works with the same probing curiosity and emotional commitment. His performances have been called “electrifying” by the New York Times, “gentle, poignant, and deeply moving” by the Washington Post, and on WQXR by Krzysztof Penderecki for “the greatest performance yet of Capriccio per Sigfried Palm”. Campbell made his debut with the New York Philharmonic in 2013 and has soloed in major venues around the globe including Carnegie Hall’s Stern Auditorium, Avery Fisher Hall, Lucerne’s KKL, as well as recitals in Carnegie’s Weill Hall, the Kennedy, Mondavi, and Krannert centers.

About Conor Hanick
The wide-ranging musical abilities and diverse artistic interests of pianist Conor Hanick have led to acclaimed solo and chamber performances around the world and collaborations with music’s most accomplished instrumentalists, conductors, ensembles, and composers.

In performances ranging from the early Baroque to the newly written, Mr. Hanick has collaborated with some of the world’s leading ensembles and conductors, including Pierre Boulez, David Robertson, and James Levine. He has be heard throughout the United States, Europe, and Asia — and in virtually every prominent arts venue in New York City — and been described as “brilliant,” “astounding,” (New York Times) “expert,” (Philadelphia Inquirer), and “sparkling,” (Strad) while reminding New York Times chief critic Anthony Tommasini of a “young Peter Serkin.” Although Mr. Hanick has been recognized as a “true champion of contemporary music” (NPR) through his deep commitment to the music of our time, Tommasini wrote that Mr. Hanick’s “technical refinement, color, crispness and wondrous variety of articulation … benefit works by any master.”