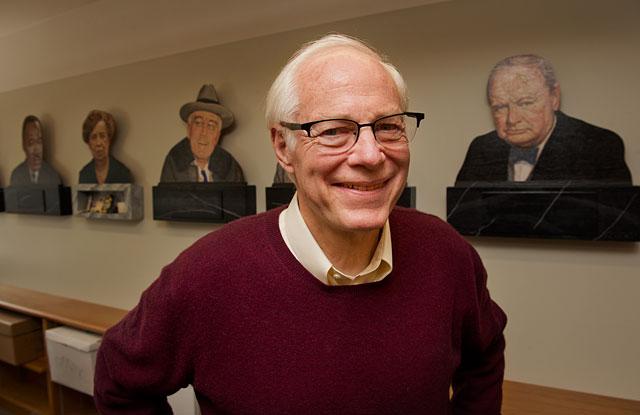 UIAA Lifelong Learning Presents: What is Precedented and Unprecedented in American Politics

Ticketing: Free and open to the public, RSVP encouraged
Click here to pre-register by noon on Tuesday, June 14.

History and precedent help shape how we as a people approach issues of the day. On the other hand, in a world of accelerating change, the past may not provide a helpful guide. Some challenges simply have few precedents. Former Iowa Congressman Jim Leach, who served for three decades on Capitol Hill and now teaches law at the University of Iowa, will lead a discussion to review several lessons of our past that may be helpful in understanding what the country faces today. Leach will then reference some of the unprecedented challenges before us and underscore why greater mutual understanding at home and abroad has never been more important.

James A. Leach joined the College of Law in 2013 after serving most recently as the chairman of the National Endowment for the Humanities. Leach is best known for his 30 years of service as a representative in Congress where he chaired the Banking and Financial Services Committee, the Subcommittee on Asian and Pacific Affairs, and the Congressional-Executive Commission on China. Following his time in Congress, he was a professor at the Woodrow Wilson School at Princeton University and interim director of the Institute of Politics and lecturer at the John F. Kennedy School of Government at Harvard University. He holds 13 honorary degrees, has earned decorations from two foreign governments, and is the recipient of the Wayne Morse Integrity in Politics Award, the United Nations Association’s Adlai Stevenson Award, the Sierra Club’s Edgar Wayburn Award, the Norman Borlaug Public Service Award, and Princeton’s Woodrow Wilson Medal.

This lecture is free and open to the public; however, RSVPs are encouraged.

Click here to pre-register by noon on Tuesday, June 14.