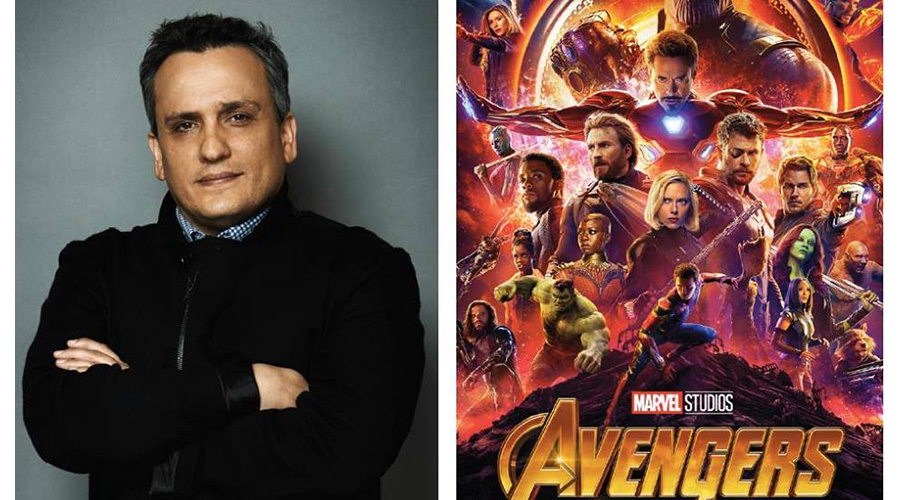 Ticketing: FREE and open to the public.

Mr. Russo will speak at 7 p.m. (doors at 6 p.m.) No tickets are required for the free event, and seating is limited to a first-come, first-seated basis.

Footage screening and director talk will take place at the Englert Theatre, followed by a drawing for tickets to attend the two post-talk full-length film screenings of Avengers: Infinity War at FilmScene at 8:30pm or 11:30pm.

Joe Russo is one of the leading directors and creators in the entertainment industry today.  Joe, alongside his brother, Anthony, are the artists and innovators behind some of the world’s most successful blockbusters including Captain America: Civil War, Captain America: The Winter Solder, Avengers: Infinity War, and its highly-anticipated yet-to-be-titled sequel Avengers 4.  Joe is the creative mind behind critically-acclaimed television shows including Arrested Development (Emmy Award for Outstanding Directing for a Comedy Series), Community, and Happy Endings, directing with Anthony Russo their pilots as well as many signature episodes.

Between his continually proven successes at the box office, tremendous impact on the internationally celebrated superhero genre, and distinct flavor of storytelling, Joe has more than established himself as a distinct voice in the arena of groundbreaking, narratively-focused filmmaking.