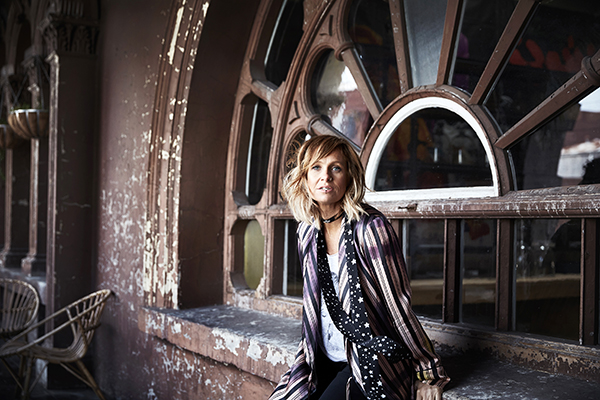 Australian singer-songwriter Kasey Chambers embarks on the U.S. leg of her international tour in support of her eleventh studio album Dragonfly. The album debuted in Australia at #1 on the ARIA Albums Chart as well as being #1 on the ARIA Top 50 digital albums, Top 40 Country Albums, Top 20 Australian Artist Albums and Top 20 Australian Artist Country Albums. The album’s official U.S. release is set for later this spring.
Dragonfly, her acclaimed double album and follow up to 2014’s Bittersweet, features special guests Keith Urban, Ed Sheeran, Paul Kelly, Grizzlee Train, Harry Hookey, Vika and Linda Bull, and Foy Vance. The first disc of Dragonfly was produced by ARIA Hall of Famer Paul Kelly at The Sing Sing Sessions, while the second was produced by Chambers’ brother Nash Chambers at The Foggy Mountain Sessions.
Of the new recording, Chambers reflects, “Working with Paul Kelly as my producer on one side of the double album Dragonfly was a dream come true. Paul brought out a whole new side of me, but then I also got to enjoy the comforts of recording with the person who knows and has shaped my original sound better than anyone, my brother Nash, along with my live touring band who have become a huge part on my sound. This double album shows who I am as much as any piece of work I have ever done.”
Acclaimed artist David Bromley created a portrait of Chambers for the album’s cover art. He explains, “In painting Kasey I first endeavored to find her, instead I found many different dimensions and aspects. This portrait combines them all because she is at once uncomplicated and also a mysterious individual-this combination is very alluring.”
Chambers has received 11 ARIA Awards (Australia’s Grammy equivalent), 22 CMAA Golden Guitar Awards, 2 Americana Music Award Nominations and 10 APRA Awards to her name. She also holds the record for the most decorated solo APRA Songwriter in Australia (APRA is Australia’s ASCAP/BMI equivalent).
Chambers has previously topped the ARIA Albums Chart with Barricades & Brickwalls (2002), Wayward Angel (2004), Carnival (2006) and Rattlin’ Bones, her 2008 collaboration with Shane Nicholson.
“Songwriting excellence and passion in performance that is so hard to find these days, except, perhaps, by her very few peers in this field, including Gillian Welch, Patty Griffin and, of course, the great Lucinda Williams.”-Huffington Post
“A towering songbook, wordy and resigned, Dragonfly is the opus of Australia’s foremost progenitor of, and innovator in, the country-roots fold. It’s the masterwork of a heart laid bare in song.”-Rolling Stone Australia
“An epic tale.”-Melbourne Herald Sun