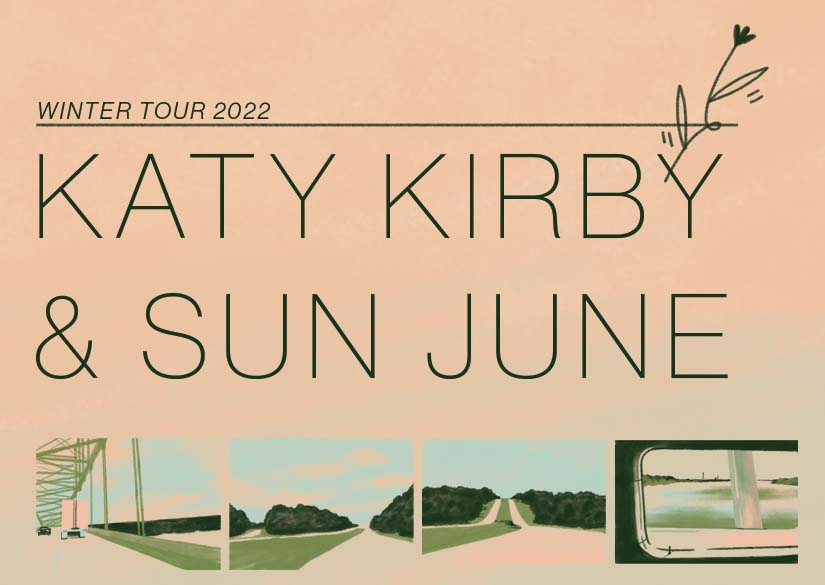 Katy Kirby is a songwriter and indie rock practitioner with an affinity for unspoken rules, misunderstanding, and boredom. She was born, raised, and homeschooled by two ex-cheerleaders in small-town Texas and started singing in church, amidst the pasteurized-pop choruses of evangelical worship, about which she shares acute perceptions.

The five members of Sun June spent their early years spread out across the United States, from the boonies of the Hudson Valley to the sprawling outskirts of LA. Having spent their college years within the gloomy, cold winters of the North East, Laura Colwell and Stephen Salisbury found themselves in the vibrant melting-pot of inspiration that is Austin, Texas. Meeting each other while working on Terrence Malick’s ‘Song to Song’, the pair were immediately taken by the city’s bustling small clubs and honky-tonk scene, and the fact that there was always an instrument within reach, always someone to play alongside.

Dan Wriggins is a Philadelphia-based songwriter, musician, and poet. He grew up in the town of Yarmouth, Maine, and on Islesford, a small island community near Bar Harbor. In high school, he started playing piano and guitar, and met bandmates Michael Cormier and Peter Gill. He worked on lobster fishing boats before moving to Philadelphia and starting the alt-country band Friendship in 2015, with whom he has toured the US and Canada extensively. He lives and sometimes tours with his dog, Roy.