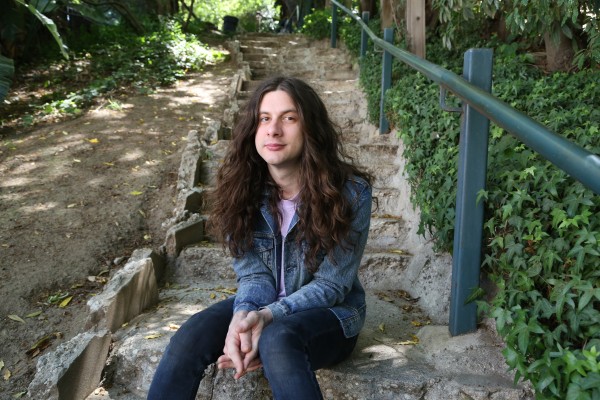 Silver Pass – $135  – The Silver Pass grants access to all Mission Creek Festival ticketed music and comedic performances. Free events are subject to capacity. Entrance to ticketed events at the Blue Moose and Englert is guaranteed at all times. Entrance to other venues is subject to capacity – arriving early often secures admission. Special VIP events such as receptions, special dinners and brunches, screenings at FilmScene, are not included in the Silver Pass and require the purchase of additional tickets.

Deluxe Pass  – $350  – The Deluxe Pass guarantees entrance to all Mission Creek ticketed music and comedic events. Free events are subject to capacity. The Deluxe Pass also includes the passholder’s choice of a complimentary dinner at one of the official Mission Creek dinners during the week (Leaf Kitchen, Clinton Street Social Club, and more), ten complimentary drink tickets for use at the Englert Theatre, and an invitation to a special VIP event during the festival.

Having been the subject and willing conspirator of many intentional lies planted in Sonic Youth bios over the years, I know first hand the way album lore can bend reality to its truth. After the infamous Byron Coley originated the SY “Trilogy” myth in the Murray Street bio, we had no choice but to fulfill those expectations with Sonic Nurse. “Why did you decide to make a trilogy?” was always the first question asked in interviews around that time.

But this is Kurt Vile’s bio, and I wont do that to him. Anyway, Kurt does his own myth making; a boy/man with an old soul voice in the age of digital everything becoming something else, which is why this focused, brilliantly clear and seemingly candid record is a breath of fresh air. Recorded and mixed in a number of locations, including Los Angeles and Joshua Tree, b’lieve i’m goin down… is a handshake across the country, east to west coast, thru the dustbowl history (“valley of ashes”) of woody honest strait forward talk guthrie, and a cali canyon dead still nite floating in a nearly waterless landscape. The record is all air, weightless, bodyless, but grounded in convincing authenticity, in the best version of singer songwriter upcycling. In Kurt’s words, “I wanted to get back into the habit of writing a sad song on my couch, with nobody waiting on me. I really wanted it to sound like it’s on my couch — not in a lo-fi way, just more unguarded and vulnerable.”

For a record that plays like a cohesive acoustic experience, its musicality marks Kurt’s departure from an electric guitar experience to include a range of instrumentation with a large group of players. From the banjo he plays on “I’m an Outlaw” to the piano and lapsteel on “Life Like This,” and the myriad other instruments on other songs, including farfisa, resonator, arps, horns and synth, one never thinks about what exactly yr listening to as it all serves the song.  The heart of the record is “Stand Inside.” The music is quiet and the melody, like a hymn, folds in on itself, and embraces full strength in a sexy, floating forcelessness that slowly gathers into a wave that doesn’t go where you think it will or rather gives in to itself and celebrates a man willing to be defined by a woman and his love for her as witness to each other’s lives… Don’t stand by my side, stand inside gives up roleplaying for true exposure and vulnerability.

It’s a weird, accepting, mature record, acknowledging the inherent immaturity of being a person whether father, husband, partner, adult, musician, not perfect, but compelling for its understanding … that’s life though so sad to say… I love this record,