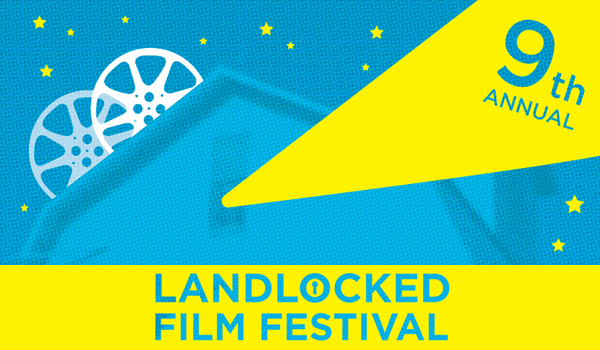 Landlocked Film Festival will celebrate its 9th year bringing high-quality, independent films to Iowa City. This year’s festival includes selections from around the world, Hollywood productions, and a showcase of local talent. Short films, animation, documentaries and feature films ensure that there is something for everyone. Also, be sure to join us for conversations with the filmmakers after many of the selections. No coasts, but plenty of culture here in the American heartland.
Nice people. Great films. Landlocked Film Festival.
All-access pass $20; single films or film blocks are $7 for adults, $5 for students and senior citizens, and free for 12 and under. Please purchase tickets from the Festival staff in the Englert lobby throughout the festival, or on the festival’s website in advance.
DISCLAIMER:
The views and opinions expressed in the films and videos shown at the festival are not necessarily the views and opinions of Landlocked Film Festival or any person associated with Landlocked Film Festival. Independent filmmakers share diverse and sometimes controversial subject matter and viewpoints with audiences. Furthermore, independent films generally are not rated by the MPAA. It is the responsibility of the parents to make decisions about what their children may view.

Greenland (17min, Israel) Exploring the boundaries between fiction and documentary, this film follows an everyday family and the charged process of leaving home and parents. Oren (27) comes to his parents’ house to pack his belongings before moving with his girlfriend to their new apartment. During this day, the family dynamics reveal themselves, and exposes Oren’s place – between child and adult, between intimacy and alienation. The house constitutes the space in which past, present and future mix into a chronicle of separation.

I’ve Just Had a Dream (8min, Spain) Two girls. Two cultures. Two visions. A dream. They say that dreams are dreams. The only thing that makes them different is the person who dreams.

Beneath Water (15min, United Kingdom) On the first anniversary of a traumatic life changing event, 16 year old Daisy attempts to get through to her increasingly withdrawn mother. Is her only solace beneath water?

Fibers (4min, Denmark) The fibers of our being are what we seek to control. Through dance, do we fight the chaos or let it go?

Razor (9min Serbia) A chance encounter between two men with a shared point in the past. This time the balance of power has shifted. Is it time to settle the score? Screenplay is based on the short story RAZOR by Vladimir Nabokov.

Touch (15min, USA) An elderly Chinese man’s cultural ignorance gets him in irreversible trouble when he touches a young American boy in a public restroom. Despite his harmless intentions, he struggles with his son and the legal system to make the context of his behavior understood.

Within (17min USA) Jacob, a hopeless Detroit romantic looking for love in the digital era. After miserable dates, he looks for life’s meaning through a series of philosophical readings on synchronicity. But Jacob can’t seem to get anything right. Eventually Jacob has a brief encounter with a stranger visiting Detroit who can ultimately allow Jacob to discover a renewed purpose to his life.

Grace* (14min, USA) The art of recovery is born from the threat of addiction. Today, Janice will face her high powered ex-husband in family court for the custody of their daughter. As head waitress at the Depot Diner, staying clean and doing the NEXT right thing is her priority. When Johnny, her boss makes a decision that affects her ability to appear in court, Janice has to face her demons of addiction

Nesting Ground* (15min, USA) Troubled by the death of his mother, Noah, a disheveled 25 year old man begins to compulsively hoard. Isolated in his home, Noah’s only companions are two caged finches. However, tragedy strikes and one of the finches is killed. Distraught by the death of his friend, Noah suffers an emotional crisis, losing control as he’s reminded that death is a part of life. In accepting this reality, Noah finds the will to live in the present by letting go of his fixation on the past.

Proceeds of this screening go to Hardacre Theater Preservation Association

Mousse (40min, Sweden) What could be easier than robbing a small bookie place on the outskirts of town? It’s during the year’s biggest horse race event and the betting center Washington’s Tobacco looks like the ultimate hit for some fast cash. Mousse is a man of pride and principles and is fed up with living as a second-class citizen. But what happens when he faces principles different to his own?

As it is in Heaven* (13min, USA) When hesitation stays his trigger finger, suicidal businessman Tom Freeman sends a plea for help to a god he hasn’t believed in for 30 years. But as he soon learns – if you call Heaven, be sure you know who’s answering the phone!

1-0 (1min, Iran) The barber started cutting the boy’s hair while watching a football game on TV

Charlie and Hope (14min USA) tells the story of a young couple at a crossroads. On the same day Charlie plans to propose, Hope is offered an unexpected opportunity that would alter her life forever and possibly leave Charlie behind.

Take Care* (18min, USA) A “cancer comedy” about a theater undergrad and aspiring actress taking care of her terminally ill father, a charming, fast-talking schemer left without health insurance or a support network when his health goes south. When he realizes the demands of his care are forcing her to give up on her dreams, he tries to do the right thing–not exactly his strong suit.

Clown Service (14min, USA) A heartbroken woman, desperate for a brighter mood, enlists the services of a traveling party clown. 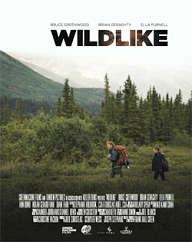 Wildlike (98min, USA) Mackenzie, a troubled but daring teenage girl, is sent to live with her uncle in Juneau, Alaska. Her uncle’s care is not what it seems, she must flee. A chance connection with a loner backpacker, Rene Bartlett, proves to be her only lifeline. Against the backdrop of a spectacular Alaska landscape, they discover the redemptive power of friendship. Mackenzie and Bartlett prove to be the unlikely salve for each other’s scars, until the damage Mackenzie carries with her threatens to destroy her newfound sanctuary. 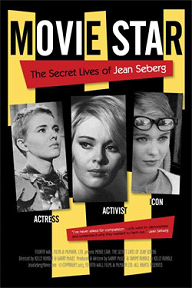 Bloodsucking Bastards (87min, USA) An Office Space meets Shaun of the Dead action-packed vampire comedy, Bloodsucking Bastards stars Fran Kranz as Evan Sanders, a dutiful and overworked employee stuck at a soul-killing corporation with his beautiful co-worker and girlfriend Amanda (Emma Fitzpatrick) and his slacker best friend Tim (Joey Kern). Evan’s world begins to crumble when Amanda dumps him and his boss Ted (Joel Murray) hands his coveted promotion to his nemesis Max (Pedro Pascal). When his office mates start going through disturbing changes and bodies begin to pile up, Evan must find a way to stop the evil brewing amidst the cubicles and water coolers, win back Amanda, and rescue his workplace pals before his life and career go from dead-end… to just dead.