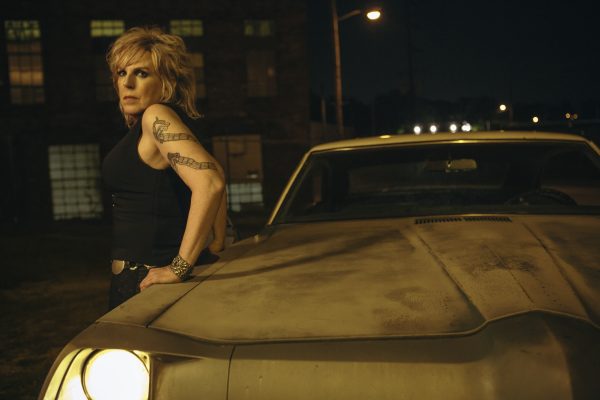 We’ve all heard about the iconic vibe of Route 66, the neon lights on Broadway and the ocean air of the Pacific Coast Highway. But there are untold stories emanating from countless blue highways across the land – like Interstate 20, which cuts a 1500-mile swath from South Carolina to Texas, and cuts deep into the spirit of those who’ve spent their lives traversing it.

Lucinda Williams is one of those people, and with the expansive, enveloping The Ghosts of Highway 20, she brings those stories to life – and gives listeners a remarkably vivid look at how the highway has been a literal and figurative backdrop throughout her entire life. The intensely involving 14-song collection may be the most deeply felt, deeply affecting work of Lucinda Williams’ illustrious 35-plus-year career, a career that has been established on a foundation of remarkably personal songs.

“It is literally a map of my life in a lot of ways,” says Lucinda. “We were driving between shows and between cities, and I kept seeing things that brought me back to times and places in my past. Like when we played in Macon, Georgia, a place I lived when I was five or six years old, I got out of the bus and I was transported back to when I saw this street singer, Blind Pearly Brown. It was like nothing had changed. All these things started percolating in my brain, and the songs just came.”

The thread of Highway 20 connects those songs, mirroring the winding route of the road itself, a street that cleaves close to Williams’ childhood homes, the final resting place of her mother, the sites where signposts of her formative years are forever planted. The connection runs deep here, particularly on the dark and moody tones of the album’s poignant title track, on which Lucinda ponders the lives that were lived, the legacies that were left and the imprints that remain on her own soul, conveying those vignettes with a palette that’s nuanced enough to give the listener pause to ponder, but unvarnished enough that her message is impossible to miss.