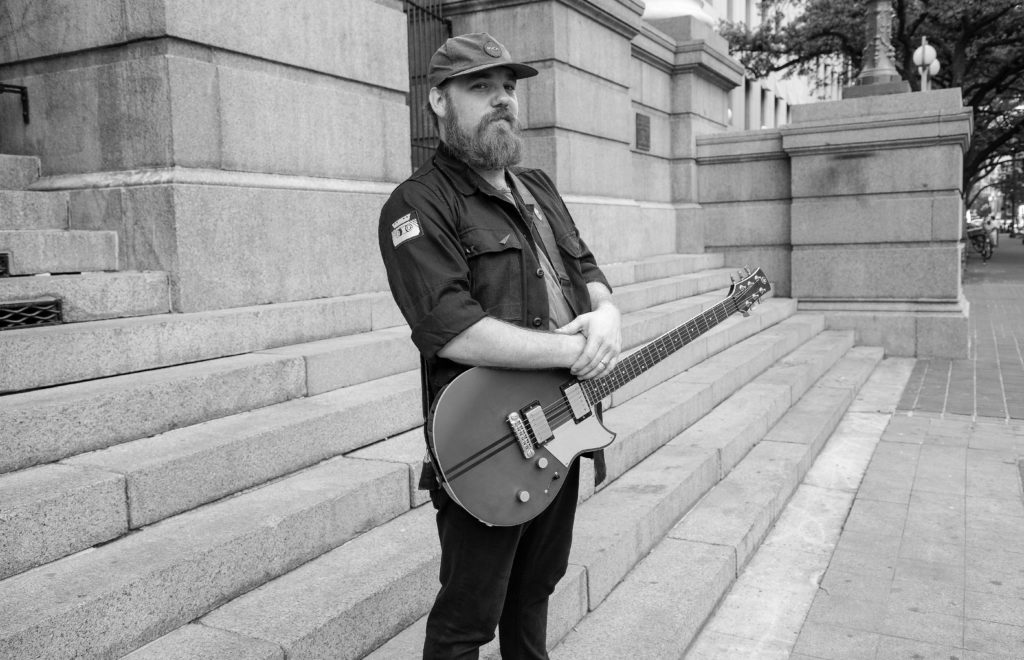 with James Tutson & the Rollback

Marc Broussard is an artist with a unique gift of channeling the spirits of classic R&B, rock and soul into contemporary terms. This gift has been a matter of common knowledge since 2002, when Broussard released his debut album, Momentary Setback, which he recorded and released independently at age 20. It was no secret before then, going back to those lucky witnesses who heard him belt “Johnny B. Goode” onstage at age 5 while sitting in with his father’s band — Louisiana Hall of Fame guitarist Ted Broussard’s — legendary The Boogie Kings.

In 2004, he released his major-label debut; Carencro, after the Louisiana town where he was born and raised, and its thematic centerpiece was a hickory-smoked slab of Bayou soul called “Home.” That album and the subsequent ones that followed revealed Broussard as an old-school Southern soul singer blessed with a rarefied talent and innate stylistic and emotional authenticity.

On April 5th, Marc Broussard will be releasing a live album Home (The Dockside Sessions). Broussard wanted to offer his fans something different prior to the release of his next studio album. Rather than a standard greatest hits package or a perfunctory live album, he had something different in mind. His upcoming release Home (The Dockside Sessions) accomplishes both, but in a unique way. It provides the audio tracks from the various videos Broussard has compiled over the course of his career, all of them recorded live at Dockside Studios near his Lafayette Louisiana home. The album includes a telling remake of Broussard’s signature song — “Home.”

Although each of the 15 songs represents Broussard’s best known material and fan favorites from throughout his storied career, Home (The Dockside Sessions) is more than simply a reminder of past glories. The material has been retooled and reinterpreted in stripped down aural settings, the result of which provides an intimate opportunity to share the inherent emotion Broussard invested in each of these soulful sessions.

While all the songs resonate as essential additives in Broussard’s repertoire — one informed by soul, blues, ballads and Americana — there is one song in particular that is of special significance to the artist himself. “Home,” the album’s title track, dates back to the dawn of his career. Once an anthem of hope and determination, it’s come to represent the tack and trajectory of both his life and career. Now, however, he sees the song in a different way, one that’s reflected in his earnest and emotive delivery.

“This song has given me a career,” Broussard remarks. “Without it, I don’t think I’d be where I am. However, when I hear the original, I hear a boy trying to sound like a big man. It needed a redo; something swampier and dirtier than before. Something that showed its age a little more honestly.”

Likewise, the connection with these videos is clear; these live performance videos have become an eagerly anticipated, ongoing endeavor. Collectively, they have garnered more than 30 million plays. His acoustic version of the classic “Cry to Me” has gained over 11 million views alone on YouTube.