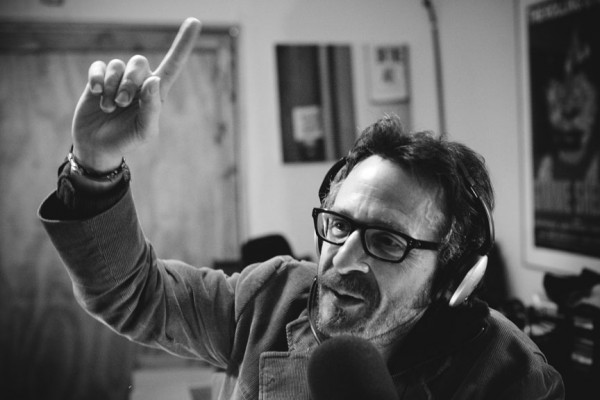 Silver Pass – $135 – The Silver Pass grants access to all Mission Creek Festival ticketed music and comedic performances. Free events are subject to capacity. Entrance to ticketed events at the Blue Moose and Englert is guaranteed at all times. Entrance to other venues is subject to capacity – arriving early often secures admission. Special VIP events such as receptions, special dinners and brunches, screenings at FilmScene, are not included in the Silver Pass and require the purchase of additional tickets.

In 2013, Maron collaborated with Netflix to produce the comedic series Thinky Pain. After heightened success, Comedy Central joined to produce a double-feature vinyl that has since been considered a fundamental part of modern comedy.

Maron’s podcast “WTF with Marc Maron” premiered in September 2009, and has since featured compelling monologues and interviews with iconic personalities such as Conan O’Brien, Louis CK, Robin Williams, Anthony Bourdain, Judd Apatow and Ben Stiller–as well as President Barack Obama. It has become a worldwide phenomenon, averaging 2.5-3 million downloads each month. WTF regularly hits #1 on iTunes charts, and was named the #1 Comedy Podcast by LA Weekly as well as The AV Club. It has also been called a “must-listen” by Vanity Fair and The New York Times, among many others.