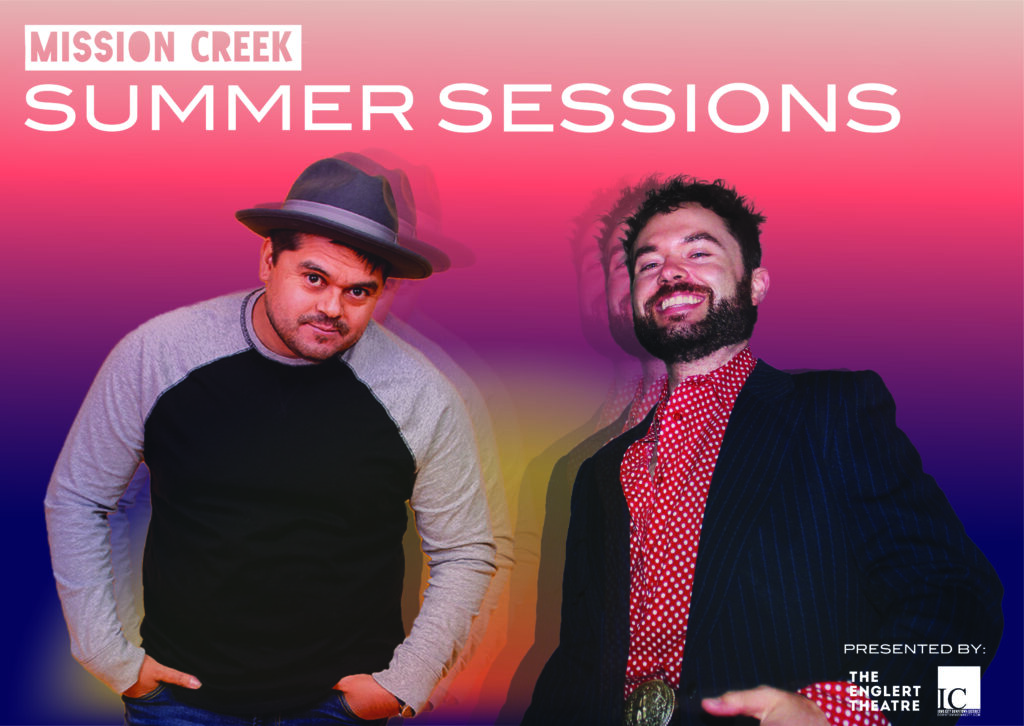 Made possible by:
City of Iowa City

This event is free and open to the public. No tickets are required for attendance!

After a year of canceled events, we weren’t quite ready for the Mission Creek fun to end! We’re excited to announce Mission Creek Summer Sessions, a series of free outdoor events featuring music and spoken word made possible through support from the City of Iowa City and presented by Mission Creek and the Iowa City Downtown District.

Anthony Worden’s third release and the first with his band, The Illiterati, “Voilá” was recorded at the relocated home of New York’s famed studio, The Magic Shop (featured on HBO’s “Sonic Highways”). It now resides as the Magic Barn, a rural recording studio based in Solon, Iowa; near the band’s hometown of Iowa City. The record was made over the course of a year with mixing and mastering by Clay Jones (Modest Mouse, Soccer Mommy, and Royal Trux).

“Voilá” is a love letter to the history of independent Rock ’n’ Roll and an homage to recording techniques and aesthetics yesteryear, while also seeking to advance the conversation of genre-melding and accessibility in the 21st Century.

Anthony Worden and his band have performed with Neil Michael Hagerty, Jay Som, The Preoccupations, and Circuit Des Yeux. They continue to play around Iowa and the Midwest as well as record new material.

Jesus “Chuy” Renteria is an author, dancer, storyteller, and teacher raised in West Liberty, Iowa. A central figure in the local Hip Hop dance scene, Chuy is currently on staff at the newly opened Hip Hop studio, All the Way Up in North Liberty, IA. His stories are featured in the Iowa Writer’s House anthology We the Interwoven, the first published collection of stories by bicultural Iowans. Chuy’s performance background, as well as his past work in advocating for special needs individuals in connecting them to the larger community, led him to Hancher Auditorium, where he works as the current Public Engagement Coordinator. He is working with the University of Iowa Press on his first full-length book, a collection of stories about growing up in Iowa’s first majority Hispanic town.