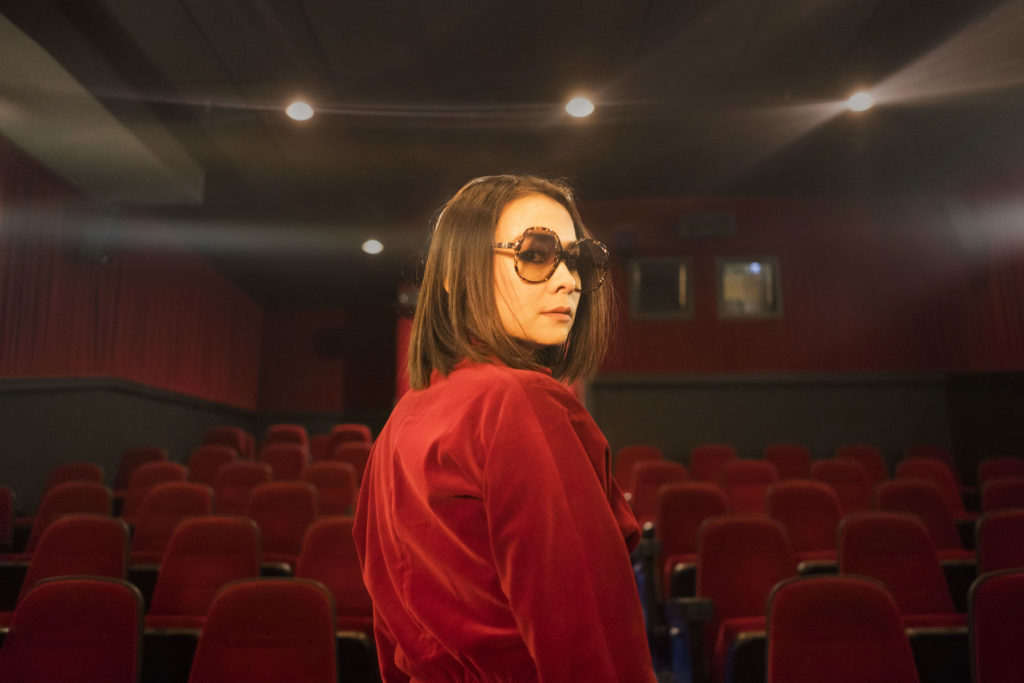 Ticketing: Included with festival pass OR $22 G.A. Individual tickets are sold out! Festival passes are still available for purchase.

Mitski Miyawaki has always been wary of being turned a symbol, knowing we’re quick to put women on pedestals and even quicker to knock them down. Nonetheless, after the breakout success of 2016’s Puberty 2, she was hailed as the new vanguard of indie rock, the one who would save the genre from the white dudes who’ve historically dominated it. Her carefully crafted songs have often been portrayed as emotionally raw, overflowing confessionals from a fevered chosen girl, but in her fifth album, Be The Cowboy, Mitski introduces a persona who has been teased but never so fully present until now—a woman in control. “It’s not like it just pours out,” she says about her songwriting, “it’s not like I’m a vessel. For this new record, I experimented in narrative and fiction.” Though she hesitates to go so far as to say she created full-on characters, she reveals she had in mind “a very controlled icy repressed woman who is starting to unravel. Because women have so little power and showing emotion is seen as weakness, this ‘character’ clings to any amount of control she can get. Still, there is something very primordial in her that is trying to find a way to get out.”

Since Puberty 2 was released to widespread acclaim, ultimately being named one of the best albums of 2016 by Rolling Stone, TIME, Pitchfork, The Guardian, Entertainment Weekly, New York Times, NPR, and SPIN, Mitski has been touring nonstop. She’s circled the globe as the headliner, as well as opening for The Pixies, and most recently, Lorde. The less glamorous, often overlooked aspect of being a rising star is the sheer amount of work that goes into it. “I had been on the road for a long time, which is so isolating, and had to run my own business at the same time,” Mitski explains, “a lot of this record was me not having any feelings, being completely spent but then trying to rally myself and wake up and get back to Mitski. I was feeling really nihilistic and trying to make pop songs.”

We want our artists to be strong but we also expect them to be vulnerable. Rather than avoiding this dilemma, Mitski addresses directly the power that comes from appearing impenetrable and loneliness that follows. In Be The Cowboy, Mitski delves into the loneliness of being a symbol and the loneliness of being someone, and how it can feel so much like being no one. The opening song, “Geyser,” introduces us to a woman who can no longer hold it in. She’s about to burst, unleashing a torrent of desire and passion that has been building up inside.

On her first proper album as Jay Som, Melina Duterte, 22, solidifies her rep as a self-made force of sonic splendor and emotional might. If last year’s aptly named Turn Into compilation showcased a fuzz-loving artist in flux — chronicling her mission to master bedroom recording — then the rising Oakland star’s latest, Everybody Works, is the LP equivalent of mission accomplished.

Duterte is as DIY as ever — writing, recording, playing, and producing every sound beyond a few backing vocals — but she takes us places we never could have imagined, wedding lo-fi rock to hi-fi home orchestration, and weaving evocative autobiographical poetry into energetic punk, electrified folk, and dreamy alt-funk.

And while Duterte’s early stuff found her bucking against life’s lows, Everybody Works is about turning that angst into fuel for forging ahead. “Last time I was angry at the world,” she says. “This is a note to myself: everybody’s trying their best on their own set of problems and goals. We’re all working for something.”

Everybody Works was made in three furious, caffeinated weeks in October. She came home from the road, moved into a new apartment, set up her bedroom studio (with room for a bed this time) and dove in. Duterte even ditched most of her demos, writing half the LP on the spot and making lushly composed pieces like “Lipstick Stains” all the more impressive. While the guitar-grinding Jay Som we first fell in love with still reigns on shoegazey shredders like “1 Billion Dogs” and in the melodic distortions of “Take It,” we also get the sublimely spacious synth-pop beauty of “Remain,” and the luxe, proggy funk of “One More Time, Please.”

Duterte’s production approach was inspired by the complexity of Tame Impala, the simplicity of Yo La Tengo, and the messiness of Pixies. “Also, I was listening to a lot of Carly Rae Jepsen to be quite honest,” she says. “Her E•MO•TION album actually inspired a lot of the sounds on Everybody Works.”

There’s story in the sounds — even in the fact that Duterte’s voice is more present than before. As for the lyrics, our host leaves the meaning to us. So if we can interpret, there’s a bit about the aspirational and fleeting nature of love in the opener, and the oddity of turning your art into job on the titular track. There’s even one tune, “The Bus Song,” that seems to be written as a dialog between two kids, although it plays like vintage Broken Social Scene and likely has more to do with yearning for things out of reach.

While there’s no obvious politics here, Duterte says witnessing the challenges facing women, people of color, and the queer community lit a fire. And when you reach the end of Everybody Works, “For Light,” you’ll find a mantra suitable for anyone trying, as Duterte says, “to find your peace even it it’s not perfect.” As her trusty trumpet blows, she sings: “I’ll be right on time, open blinds for light, won’t forget to climb.”

Good Morning Midnight began spontaneously, like a trip for ice cream or human combustion, when a record store in Iowa became sentient and began immediately devouring itself. The psychedelic folk music was gnashed to bits with every mouthful, the country records ended up smeared in dissonance from a stack of 90’s rock albums someone set aside but never bought, the expensive Brian Eno reissues tried to sneak out with the barrelhouse piano LPs before they became their own snack.