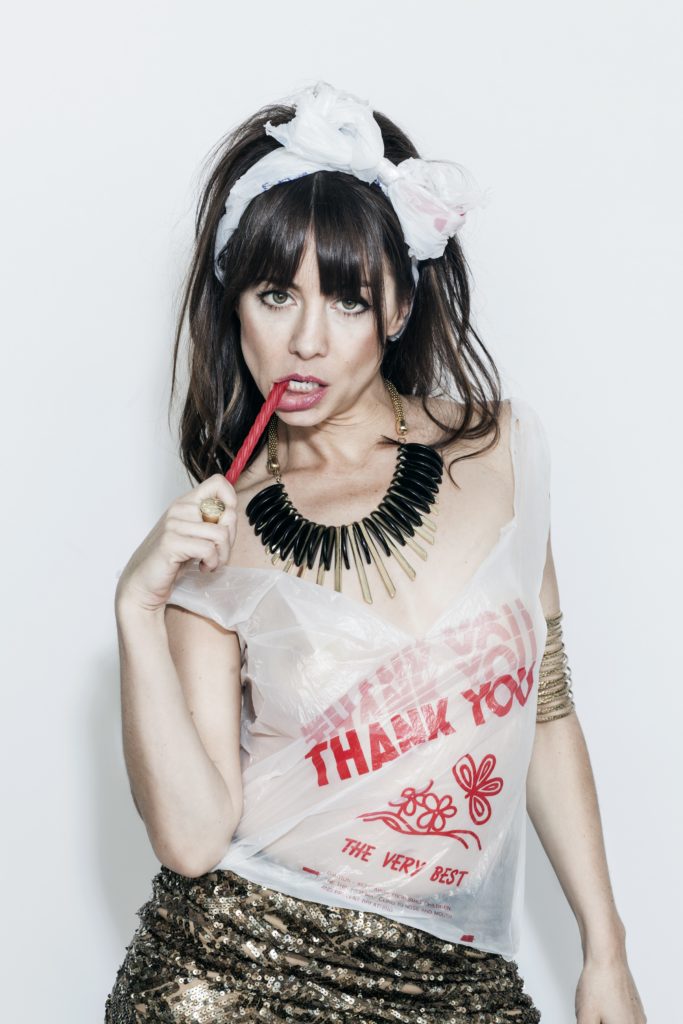 Ticketing: This event has been moved from the Englert to the IMU Main Lounge. Tickets and more info can be found here.

Natasha Leggero is an accomplished actress, writer, and stand-up comedian whose garnered attention across film, television and the web.

Leggero created, wrote, produced and will star in the upcoming Comedy Central sitcom, Another Period. Set in 1902 as an American period sitcom and spoof on modern day reality shows, Another Period explores the debaucherous life of Newport, RI’s socialites the Bellacourt’s, focusing on fame-hungry sisters Lillian (Leggero) and Beatrice (Riki Lindhome). The series will premiere on June 23, running for 10 weeks and is produced by Ben Stiller’s Red Hour.

Stemming from her breakout appearance on the Comedy Central Roast of James Franco, Natasha was recently lauded as the stand out roaster on the Comedy Central Roast of Justin Bieber, which aired on March 30, 2015. The actress has also recently appeared in an episode for NBC’s Marry Me and the hit show Modern Family in the episode “Fight or Flight.”

On the big screen, Leggero starred in two comedy films including Neighbors alongside Seth Rogen, as well as Let’s Be Cops opposite Jake Johnson and Damon Wayans, Jr. She also had a role in the 2009 romantic comedy He’s Just Not That Into You. In 2012, the actress was featured in the Emmy® nominated web series, Burning Love. Produced by Ben Stiller, the scripted series parodies the popular reality television shows The Bachelor and The Bachelorette.

Leggero has built her body of work with numerous roles on prominent television series including NBC’s Community, FX’s It’s Always Sunny in Philadelphia, Arrested Development, Comedy Central’s Reno 911 and Drunk History, ABC’s Suburgatory, the sketch comedy Key and Peele, Comedy Bang! Bang! Chelsea Lately, and The Tonight Show, among many others. In addition, Leggero’s voice can be heard on multiple animated series such as Comedy Central’s Ugly Americans and Brickleberry, The Life and Times of Tim on HBO, as well as Aqua Teen Hunger Force and China, IL for the Cartoon Network’s Adult Swim.

Born in Rockford, Illinois, Leggero first began acting when she was 10 years old. She moved to New York City after high school where she studied at the Stella Adler Conservatory and received her B.A. in theater criticism from Hunter College. She currently resides in Los Angeles.