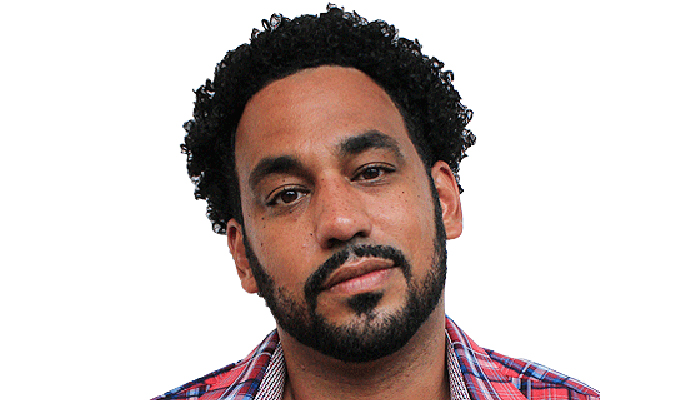 Jason England, Iowa Writers’ Workshop graduate, University of Iowa lecturer, and columnist for Sports Illustrated online, will give a presentation delving into the discussion of race in American sports, from how Black Lives Matter protest was handle in the WNBA versus the NBA, San Francisco 49ers quarterback Colin Kaepernick’s silent protest during the national anthem, and more.

Jason England was born and raised in New York City, where he spent his youth in a welfare hotel for the homeless in Times Square. He has been a soda salesperson, a camp counselor, a parking lot attendant, a waiter, a bartender, a civil rights activist, a dean of college admissions, and an adjunct professor. He graduated from Wesleyan University with high honors and three awards for fiction; got his MFA from the Iowa Writers’ Workshop; and was the Carl Djerassi Fiction Fellow at the Wisconsin Institute. His short fiction has been anthologized, and his essays on race, sports, and societal issues have appeared in various publications, including Sports Illustrated. He is currently finishing his first novel, while writing regularly for The Root and various sports outlets. He is a full time faculty member in the University of Iowa Rhetoric Department.