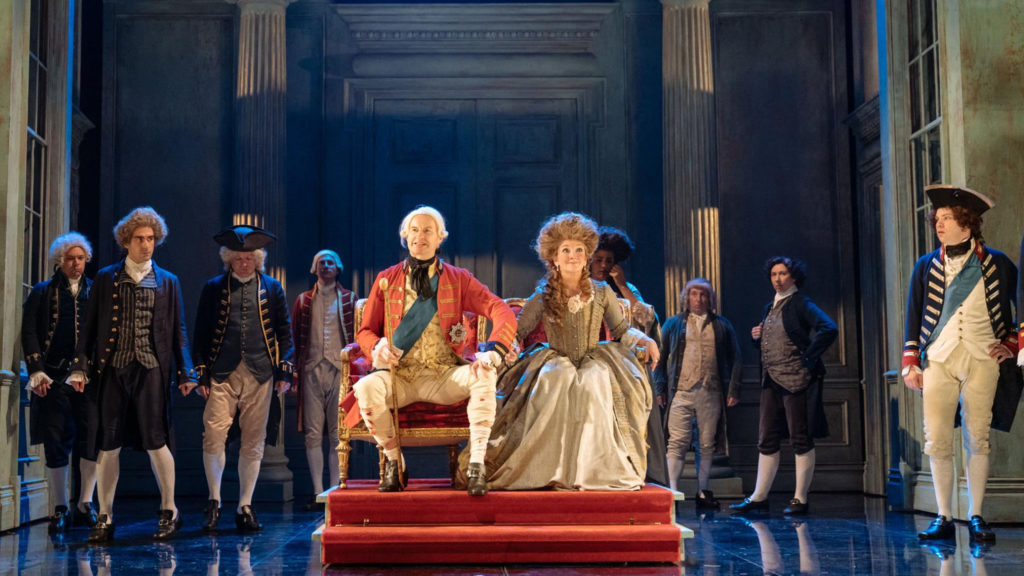 The Madness of George III is a multi-award winning play dramatising the final years of King George III’s reign of the United Kingdom, his battle with mental illness and the inability of the court to handle his condition.

Set in England in 1786, we find King George III is the most powerful man in the world. But his behavior is becoming increasingly erratic, with his mind unravelling at a dramatic pace. As his Prime Minister and Queen Charlotte attempt to hide the king’s illness from his subjects, royal doctors hopelessly squabble over the correct cure, subjecting him to torturous medical treatments, while ambitious politicians and the scheming Prince of Wales begin a power struggle, endangering the stability of the crown.

Written by one of Britain’s best-loved playwrights Alan Bennett, known for his much celebrated plays The History Boys and The Lady in the Van. The production is brought to life by Nottingham Playhouse. Adam Penford (National Theatre Live: A Small Family Business) directs a stellar cast including Olivier Award-winners Mark Gatiss (Sherlock, National Theatre Live: Coriolanus) and Adrian Scarborough (Gavin and Stacey, Upstairs Downstairs).