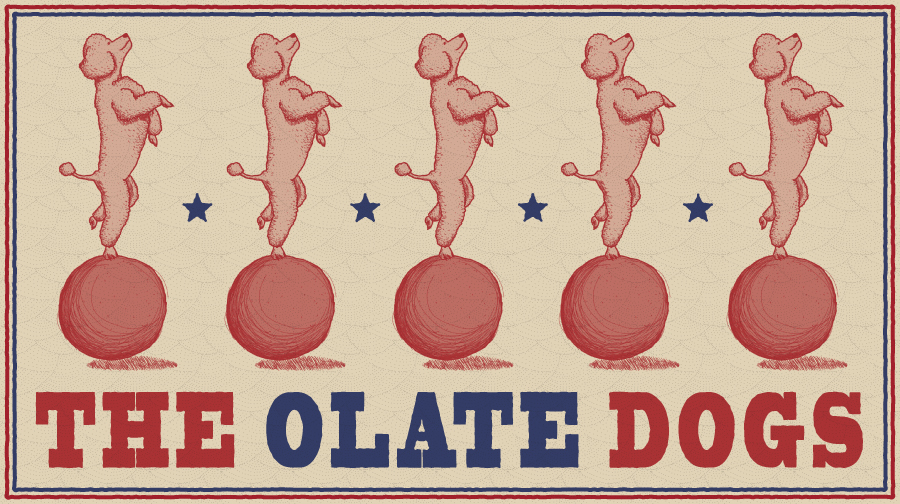 Winners of America's Got Talent

The Olate Dogs are the winning participants from Season 7 of America’s Got Talent, capturing the $1,000,000 prize. Since that day, their lives have been a non-stop roller-coaster! Led by father Richard Olate and his son Nicholas Olate, the Olate Dogs are a high-energy, fast-paced act filled with doggie friendly and amazing pet tricks.

The all-new LIVE theatrical show include the infamous jumping rope, twirling spinning and fun-loving Olate Dogs made famous on America’s Got Talent… but there’s much more. With a doggy fashion show, a classic comedic routine by Richard Olate, music by Nicholas Olate and amazing cycling and juggling by his wife, the Olate Dogs show is fun for kids of all ages.

The America’s Got Talent win helped launch the Olate Dogs into orbit! This past year alone, they’ve appeared on numerous NBA telecasts, performing at halftime for the 2016 NBA World Champion Cleveland Cavaliers and the 2015 World Champion Golden State Warriors, the Los Angeles Clippers and a host of others. Fans can often catch them on TV performing at NCAA Football and Basketball halftime shows, as well as Major and Minor League Baseball games. While on tour, they spend much of their time supporting dog rescues and animal shelters, bringing awareness to the need for families to rescue and adopt stray dogs and pets.

The Olate family story is a unique “only in America,” rags to riches journey. In 2012, the Olate Dogs shot to stardom with their victorious performances and grand-prize win on America’s Got Talent. These sweet, funny, talented dogs and their entertaining owners/handlers have been capturing hearts across the world ever since matriarch Richard Olate developed his act on the streets of his native Chile. Richard Olate grew up very poor in South America and began rescuing stray dogs from the street and training them to be part of his amateur show. A third generation circus performer in the spotlight since he was 12, through hard work and constant struggle, at the age of 33, he made it to the United States. Richard’s dream to have his own dog variety show came true with the family performing hundreds of dates on national tours. Today, Richard and his wife, Rebecca and son, Nicholas, continue to rescue dogs from shelters and homes and train them to become part of their professional troupe. The Olate Dogs travel across the continent, amazing audiences with their talents and supporting dog rescues and shelters all across America. In addition to his Olate Dogs gig, son Nicholas is sought-after recording artist currently working on his next album project.

As a part of their AGT accolades, the Olate Dogs won a headlining stint at The Palazzo in Las Vegas. In addition to multiple touring commitments, they’re movie stars, too. Their first film, “Le Sauvetage” (The Rescue), was met with great acclaim, opening the Sonoma Film Festival in April 2014 and appearing at Court Metrage, Festival de Cannes in France in May 2014. Watch “Le Sauvetage” at https://www.youtube.com/watch?v=FI-HlqNJL3w “Dog’s Best Friend,” the second film in their #RescueFilm series created by Peter McEvilley to celebrate rescue pets and promote pet adoption nationwide was released in 2015.

Ever since a father and son took their 10 flipping, twirling dogs from the center ring of a circus to the stage where they won the TV competition “America’s Got Talent,” people have been packing their performances and watching their films. The Olate Dogs use slides and jump rope as good as any playground expert. They fall into a conga line in perfect sync and perform flawless backflips. Richard Olate, son Nicholas and their poodle-mix rescue dogs continue to dazzle audiences with their fast-paced, trick-filled shows.