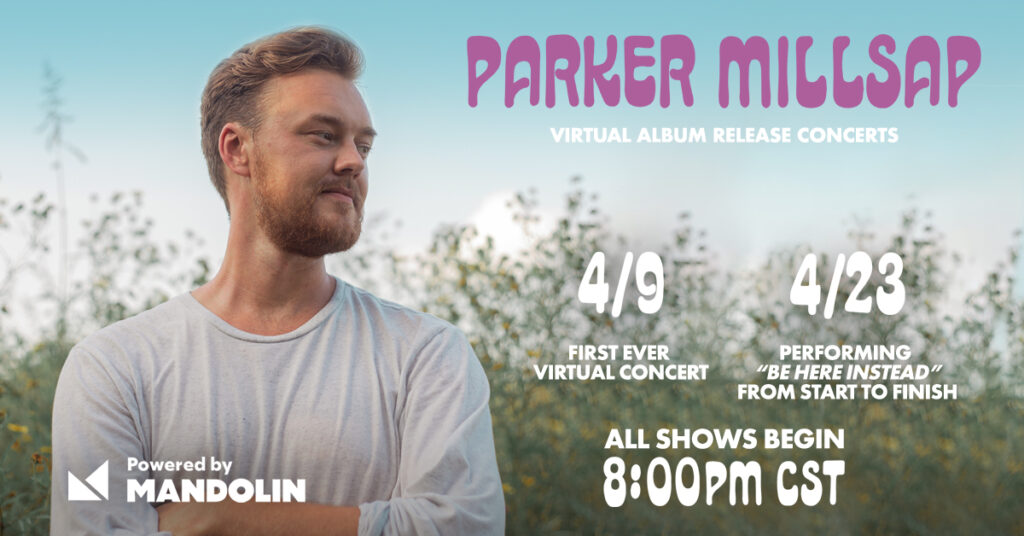 This event is ticketed through our partners at Mandolin with a portion of each ticket sale benefiting The Englert Theatre.

At only 21 years of age, Oklahoma native Parker Millsap is quickly making a name for himself with his captivating live performances, soulful sound, and character-driven narratives. Since the release of his self-titled debut album earlier this year, he has garnered a nomination for the Americana Music Association’s 2014 Emerging Artist of the Year and has received praise from The Wall Street Journal, USA Today, American Songwriter, The Boston Globe, and NPR, to name a few.

Friday, April 9: This will be Parker’s first-ever full band concert stream. The show will be streamed from 3rd & Lindsley in Nashville, TN, and will include songs from across Parker’s entire catalog.

Friday, April 23: Parker and his band will be performing his brand new album Be Here Instead in its entirety from start to finish. This show is being streamed from 3rd & Lindsley in Nashville, TN.