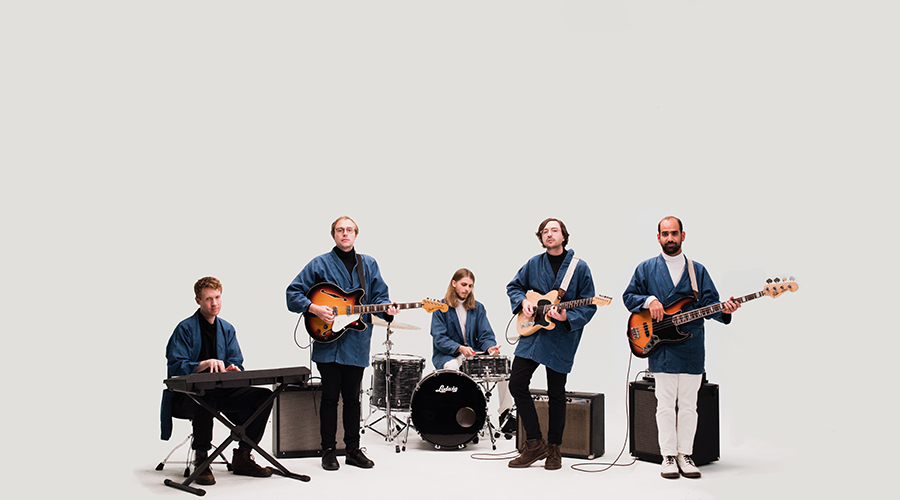 In Mind, the fourth full-length record from Real Estate, is a portrait of a mature band at the height of its power. Long respected for their deft lyrical hand and gorgeous melodies, In Mind builds upon the band’s reputation for crafting perfect songs and carries Real Estate even deeper into the pantheon of great songwriters.

On the new record, the band fine-tunes the winsome songwriting and profound earnestness that made previous albums—2009’s Real Estate, 2011’s Days, and 2014’s Atlas—so beloved, and pushes their songs in a variety of compelling new directions. Written primarily by guitarist and vocalist Martin Courtney at his home in Beacon—a quiet town in upstate New York—In Mind offers a shifting of the gears, positing a band engaged in the push/pull of burgeoning adulthood. Reflecting a change in lineup, changes in geography, and a general desire to move forward without looking back, the record casts the band in a new light—one that replaces the wistful ennui of teenage suburbia with an equally complicated adult version. The record not only showcases some of the band’s most sublime arrangements to date, it also presents a leap forward in terms of production, with the band utilizing the studio as a tool to broaden the sonic landscape of their music to stunning effect.