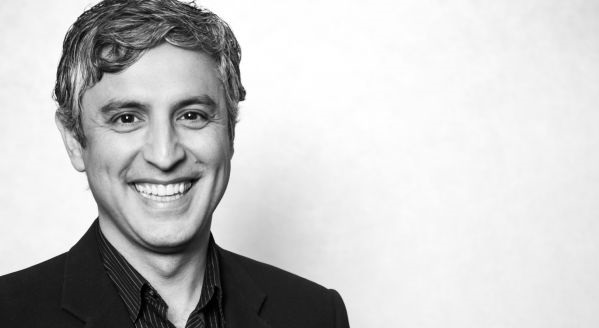 Presented by the University Lecture Committee

Ticketing: FREE and open to the public.

Zealot is that rare pop culture phenomenon—a serious book on a serious topic that has been embraced by a wide readership. As Publishers Weekly says, Zealot is “compulsively readable and written at a popular level . . . highly recommended.” On a speaking tour to promote the book, Aslan addressed standing-room only audiences. The Daily Beast, reviewing an appearance, writes, “The crowd in Powell’s was rapt—when it wasn’t doubled over in laughter. The scholar did a pretty remarkable job of explaining his viewpoint on history in a lucid, funny, self-deprecating, and engaging way.” Zealot has also been optioned for film, to be produced by David Heyman (the Harry Potter films, Gravity).

In addition to speaking on the history of the man we know as Jesus, Reza Aslan speaks for a young generation of Muslims—socially conscious, politically active, and technologically savvy—who fight for democratic reform. Whether he’s talking about the legacy of the Arab Spring or Islamophobia, audiences listen. He attained hero status for calmly, and brilliantly, answering questions during interviews for CNN and Fox that both quickly went viral.

Aslan is the author of the international bestseller No god but God: The Origins, Evolution, and Future of Islam, which has been named by Blackwell Publishers as one of the 100 most important books of the last decade. It’s now available in 13 languages, and was re-released with new content to coincide with the tenth anniversary of 9/11. He is set to host the new CNN spiritual adventure series Believer (debuting soon), where he participates in endurance worship, rituals, and rites of passage, to learn about “worlds that have been molded by faith and tradition.” He is also the author of How to Win a Cosmic War, a contributing editor to The Daily Beast, and a member of many prominent foreign relations and policy councils. As the editor of two volumes: Tablet and Pen: Literary Landscapes from the Modern Middle East, and Muslims and Jews in America: Commonalties, Contentions, and Complexities, Aslan uses the arts to bridge the gap of understanding between East and West, and to strengthen Jewish and Muslim relations. His next book, The Story of God, will be published by Random House (release date TBA). He is also an executive producer of ABC TV drama Of Kings and Prophets, which spins a Biblical tale about a king, a prophet and a shepherd, all of whom are “on a collision course with destiny.” And ABC has purchased a new single-camera comedy from Reza Aslan and former Friends executive producer/co-showrunner Andrew Reich. The as-yet-unnamed show will center on an Iranian-American family living in San Jose, CA—one that takes “a very different approach to questions of tradition and identity,” according to Deadline Hollywood.

Aslan appears regularly in the media, on The Daily Show and The Colbert Report among other high profile outlets. In the corporate realm, Aslan is President and CEO of Aslan Media Inc., which runs BoomGen Studios, a unique media company focused entirely on entertainment about the Greater Middle East and its Diaspora communities. He has degrees in Religion from Santa Clara University, Harvard, and UC Santa Barbara, as well as a Masters of Fine Arts from the University of Iowa, where he was named the Truman Capote Fellow in Fiction. This year, he has been named the recipient of the James Joyce Award and an Honorary Fellowship of the Literary & Historical Society, Europe’s largest university society.