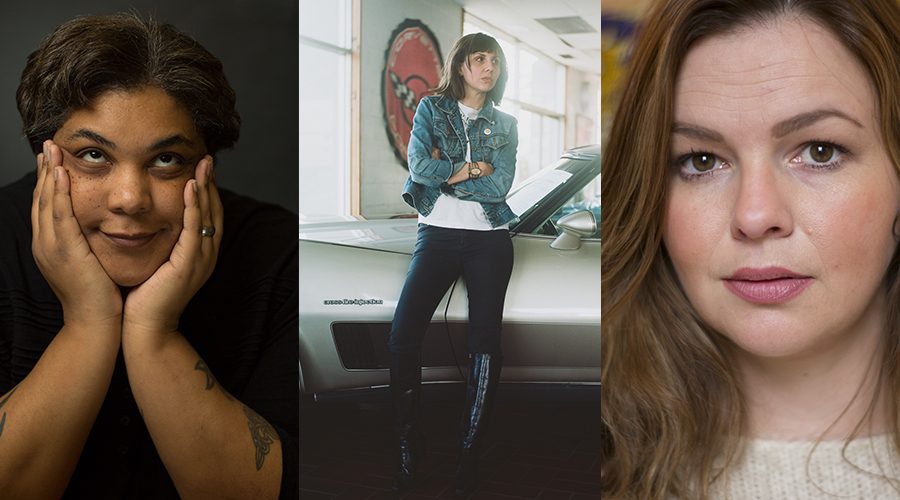 Our usual full week pass, granting access to all Mission Creek Festival ticketed performances (music, comedy) Tuesday through Sunday. Entrance to ticketed events at The Englert Theatre and Hancher is guaranteed at all times. Entrance to other venues is subject to capacity. Special programs like culinary events are not included in the festival pass and require the purchase of additional tickets.

Weekend Pass – $75
Introducing the weekend pass, friendly to folks with busy schedules or those traveling from afar. The weekend pass grants access to Mission Creek Festival ticketed performances (music, comedy) Friday through Sunday, subject to capacity at all venues. Special programs like culinary events are not included in either festival pass and require the purchase of additional tickets.
Purchase tickets and passes at the Box Office or Online

Co-presented with The Tuesday Agency

Mission Creek Festival and The Tuesday Agency are proud to present cultural icons Roxane Gay and Amber Tamblyn in conversation with a to be announced guest. All proceeds from ticket sales to this event will benefit Girls Rock! Iowa City, a nonprofit dedicated to fostering creativity and self-esteem in young girls and trans-identified youth through musical instruction and expression.

About Roxane Gay
Roxane Gay is an author and cultural critic whose writing is unmatched and widely revered. Her work garners international acclaim for its reflective, no-holds-barred exploration of feminism and social criticism. With a deft eye on modern culture, she brilliantly critiques its ebb and flow with both wit and ferocity.

Words like “courage,” “humor,” and “smart” are frequently deployed when describing Roxane. Her collection of essays, Bad Feminist, is universally considered the quintessential exploration of modern feminism. NPR named it one of the best books of the year and Salon declared the book “trailblazing.” Her powerful debut novel, An Untamed State, was long listed for the Flaherty-Dunnan First Novel Prize. In 2017, Roxane released her highly anticipated memoir, Hunger: A Memoir of (My) Body, as well as a collection of short stories titled Difficult Women.

Roxane is a contributing op-ed writer for The New York Times, was the co-editor of PANK, and formerly was the non-fiction editor at The Rumpus. Her writing has also appeared in McSweeney’s, The Nation and many other publications. She recently became the first black woman to ever write for Marvel, writing a comic series in the Black Panther universe called World of Wakanda. Roxane fronts a small army of avid fans on social media and when she finds the time, she dominates the occasional Scrabble tournament.

About Amber Tamblyn
Amber Tamblyn is an author, director and actress. She has been nominated for an Emmy, Golden Globe and Independent Spirit Award for her work in television and film including Joan of Arcadia and Stephanie Daley opposite Tilda Swinton. She is the author of 3 collections of poetry including the critically acclaimed bestseller, Dark Sparkler, and a forthcoming debut novel (Harper Collins 2018). She is a contributing writer for the New York Times and Teen Vogue. Most recently she wrote and directed the feature film Paint it Black starring Alia Shawkat and Janet McTeer (Netflix 2018.) She lives in New York.

**Please note: Carrie Brownstein was initially scheduled to be a part of this event, but her appearance was cancelled due to the heightened demands of recently-booked television opportunities. Mission Creek Festival and the Englert are working to reschedule a future date with Carrie, if possible.**

About Jessica Hopper
A fellow riot grrrl and a powerful creative and journalistic force, Jessica Hopper is a leading feminist thinker, a witty and incisive culture critic with poetic flair, and — mark this down — the author of The First Collection of Criticism By A Living Female Rock Critic (Featherproof, 2015). She was formerly the Editorial Director at MTV News, and senior editor at Pitchfork. Her essays have appeared in Best Music Writing for 2004, 2005, 2007, 2010, and 2011.

Her book The Girls’ Guide to Rocking was named one of 2009’s Notable Books For Young Readers by the American Library Association. (And how fitting, since all proceeds from ticket sales to this event will benefit Girls Rock! Iowa City, a nonprofit dedicated to fostering creativity and self-esteem in young girls and trans-identified youth through musical instruction and expression.)

As Kembrew McLeod wrote in an interview with Hopper for Little Village in 2015, “Over the last two decades, Jessica Hopper has established herself as a leading music critic with her sharp, fierce writing. She has also helped make room for more feminist voices in everything from underground punk fanzines to high-profile online outlets like Pitchfork.”

She has a way of using her music criticism to help us understand why and how culture affects us for better and for worse, and why and how we can in turn engage with and affect that culture — making Hopper a perfect addition to the conversation with Roxane Gay and Amber Tamblyn, each of whom is playing a similar role in her professional world.