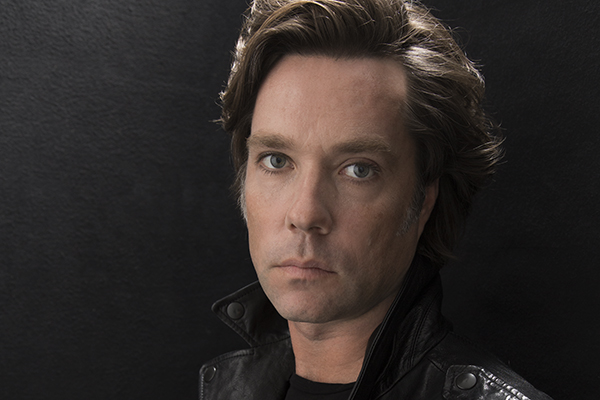 Pass: $164
A festival pass grants access to all Mission Creek Festival ticketed performances (music, comedy). Entrance to ticketed events at The Englert Theatre and Hancher is guaranteed at all times. Entrance to other venues is subject to capacity. Special programs like culinary events are not included in the festival pass and require the purchase of additional tickets.

Rufus Wainwright, one of the great male vocalists, composers, and songwriters of his generation, has released eight studio albums, three DVDs, and three live albums. He has collaborated with artists ranging from Elton John, David Byrne, Mark Ronson, Joni Mitchell to Burt Bacharach. At the age of 14 he was named Canada’s best young musician and later received the Juno Award for Best Alternative Album. His album “Rufus does Judy” recorded at Carnegie Hall in 2006 was nominated for a Grammy.

His acclaimed first opera, Prima Donna, premiered at the Manchester International Festival in July 2009 and has since been presented in London, Toronto and BAM in New York. In 2010 Wainwright was commissioned by the San Francisco Symphony to compose and interpret “Five Shakespeare Sonnets,” a five-movement song cycle that sets Shakespeare’s “Sonnets” to orchestra and voice. They have since been performed worldwide by orchestras including the Chicago and Montreal Symphonies.

In 2010 he was the first artist to complete a 5 concert residency at the Royal Opera House Covent Garden in London. In Sept 2014 he had his debut with the London Proms at Royal Albert Hall and performed at the Last Night of the Proms in the Park.

Other achievements include the 2012 world premiere of Sing Me The Songs That Say I Love You: A Concert for Kate McGarrigle, the feature length music documentary that captured the May 2011 tribute concert honoring Rufus’ late mother, the legendary Kate McGarrigle. In 2013 he sang for Billy Joel at the Kennedy Center Honors in Washington and the fall of 2015 saw the Deutsche Grammophon release of a double CD/vinyl recording of Prima Donna with the BBC Symphony Orchestra. Deutsche Grammophon also released an album of Shakespeare Sonnets set to Rufus’ music on April 22, 2016 in celebration of the 400th Anniversary of Shakespeare’s death.

The Canadian Opera Company commissioned Wainwright’s second opera, about Roman Emperor Hadrian, to premiere in Toronto in the fall of 2018.