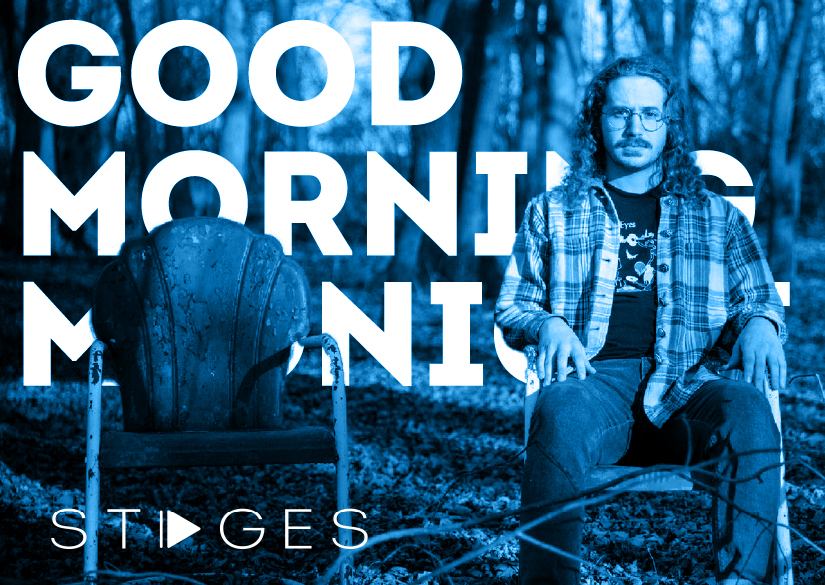 Sponsored by:
Toyota of Iowa City

Good Morning Midnight began spontaneously, like a trip for ice cream or human combustion when a record store in Iowa became sentient and began immediately devouring itself. The psychedelic folk music was gnashed to bits with every mouthful, the country records ended up smeared in dissonance from a stack of 90’s rock albums someone set aside but never bought, the expensive Brian Eno reissues tried to sneak out with the barrelhouse piano LPs before they became their own snack.

The whole wonderful mess of Good Morning Midnight is a cacophony in hushed tones. The songs feel as if they are crafted from a single piece of time-tested earth, a welcome trait for any singer/songwriter worth their weight in poetry and 7th chords.

These songs are entrenched “heavily in Midwestern romanticisms: summertime car rides, cigarettes, hospital visits, retail stores, the exchanges we make for love.” (Little Village Mag, July 2017) … When “Angel’s Dirty Knees” starts, it’s not hard to see those evergreen tropes of the Midwest, the isolated attraction and detractions of home.

2017 saw the release of the debut album, Basket of Flowers, as well as shows alongside Ratboys, Palehound, and David Dondero. In 2018 came the release of Both Neither and Both, which saw a release on vinyl and was followed by an opening slot for Mitski at Mission Creek Festival, and a chance to play on the historic Englert stage. Always prolific, Good Morning Midnight released another side to itself, with an album of home recordings in 2019 called “Songs For Burning And Running From Site.” A new album is expected in 2021.