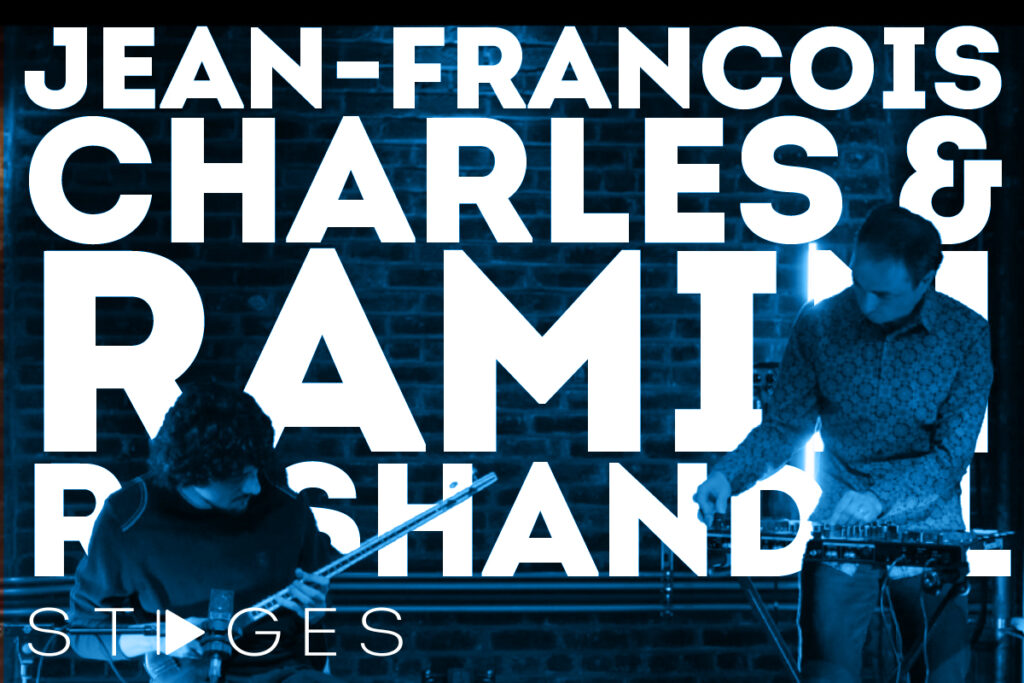 Co-presented with:
Feed Me Weird Things

Jean-François Charles is a composer, clarinetist, and live electronics designer. His opera Grant Wood in Paris was commissioned by the Cedar Rapids Opera Theater and premiered in April 2019. He often creates at the crossroads of music and technology. His recent Scientific Concert was created by an interdisciplinary team gathering musicians and scientists. The collaborative soundtrack to Dziga Vertov’s movie The Eleventh Year was co-composed and produced with Nicolas Sidoroff and four other musicians.

As a clarinetist, he worked with Karlheinz Stockhausen for the world premiere of Rechter Augenbrauentanz (Stockhausen-Verlag CD #59). His recent album Electroclarinet was reviewed as “a plethora of timbral explosions” (The Clarinet, USA) and “full of drama and drive” (Vital Weekly, NL).
More info: soundcloud.com/ramin-roshandel

Ramin Roshandel’s compositional work is based around incorporating ‘experience’ as a fundamental concept through a non-experimental approach in performance. Considering phenomena such as instability, cultural identity, and communicational language on one hand, and being inspired by Iranian music microtones as a setār (an Iranian instrument) player on the other, has led him to consider indeterminate, improvisatory, and abstract structures in his music to contrast or converge with post- or non-tonal forms.

Roshandel has performed as a setār soloist in the premiere of Jean-François Charles’ opera, Grant Wood in Paris. Additionally, he was awarded a 2019 University of Iowa Digital Scholarship and Publishing Studio summer scholarship and is a New Music on the Point alumnus. His pieces have been performed by The JACK quartet and LIGAMENT, as well as at the Midwest Composers Symposium (MCS) and the Exchange of Midwest Collegiate Composers (EMCC).
More info: jeanfrancoischarles.com