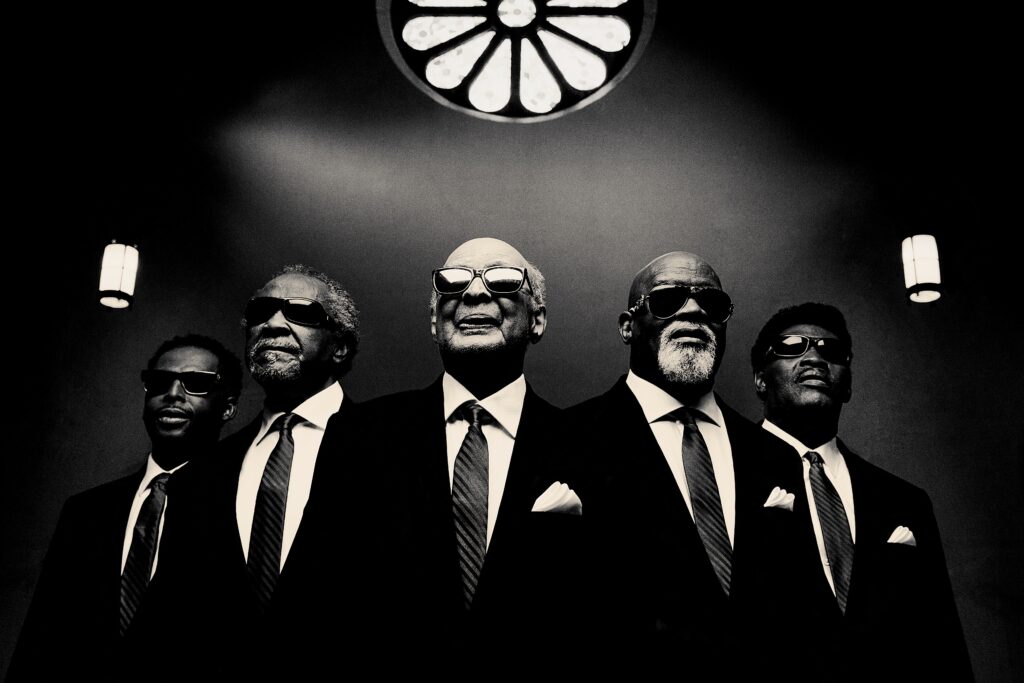 The Blind Boys of Alabama

This event is ticketed through our partners at Mandolin with a portion of each ticket sale benefiting The Englert Theatre.

The Blind Boys of Alabama Easter Weekend Special will feature a fresh set of old and new songs, with only a few tunes carried over from their Christmas streaming show. Easter is a special time for any gospel group, especially a band that jammed with the Easter Bunny (known as ‘E.B.’) in the classic kid’s film ‘Hop.’

The Blind Boys of Alabama are recognized worldwide as living legends of gospel music. Celebrated by The National Endowment for the Arts (NEA) and the Recording Academy with Lifetime Achievement Awards, inducted into the Gospel Music Hall of Fame, and winners of five Grammy® Awards, they have attained the highest levels of achievement in a career that spans over 70 years. The Blind Boys are known for crossing multiple musical boundaries with their remarkable interpretations of everything from traditional gospel favorites to contemporary spiritual material by songwriters such as Eric Clapton, Prince, and Tom Waits. They have appeared on recordings with many artists, including Lou Reed, Peter Gabriel, Bonnie Raitt, Willie Nelson, Aaron Neville, Susan Tedeschi, Ben Harper, Patty Griffin and Taj Mahal. The Blind Boys of Alabama have also appeared on The Tonight Show, Late Night, The Grammy® Awards, 60 Minutes, The Colbert Report, and many other television shows.