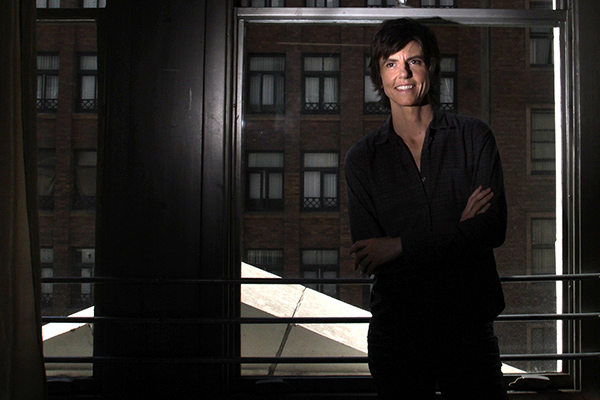 Tig N​otaro is a standup comedian, storyteller, and writer originally from Mississippi. Tig writes, produces, and stars in the semi-autobiographical comedy series One Mississippi, through Amazon Studios. Her memoir, ​I’m Ju​st A Person, released last year through Harper Collins Publishing, is a New York Time​s Bestseller​. The Television Academy has acknowledged Tig with an Emmy nomination for her HBO stand-up special ​Boyish ​Girl Interrupted. Her Netflix Original documentary, TIG, premiered to critical acclaim and is availabl​e​ for streaming​. You can also see Tig as “Barb” on Amazon’s Emmy Award-winning series
Transparent.

In 2013, Tig was nominated for a Grammy Award for her standup release, ​LIVE, which sold over 100,000 units in ju​st six weeks. ​LIVE is a standup set delivered just days after Tig was diagnosed with invasive bilateral breast cancer. Tig has since announced her cancer to be in remission, and remains ​ a favorite on ​Conan an​d ​This American Life. In her time off, Tig enjoys bird watching with her wife Stephanie, their twin sons, and cat Fluff, at home in Los Angeles.