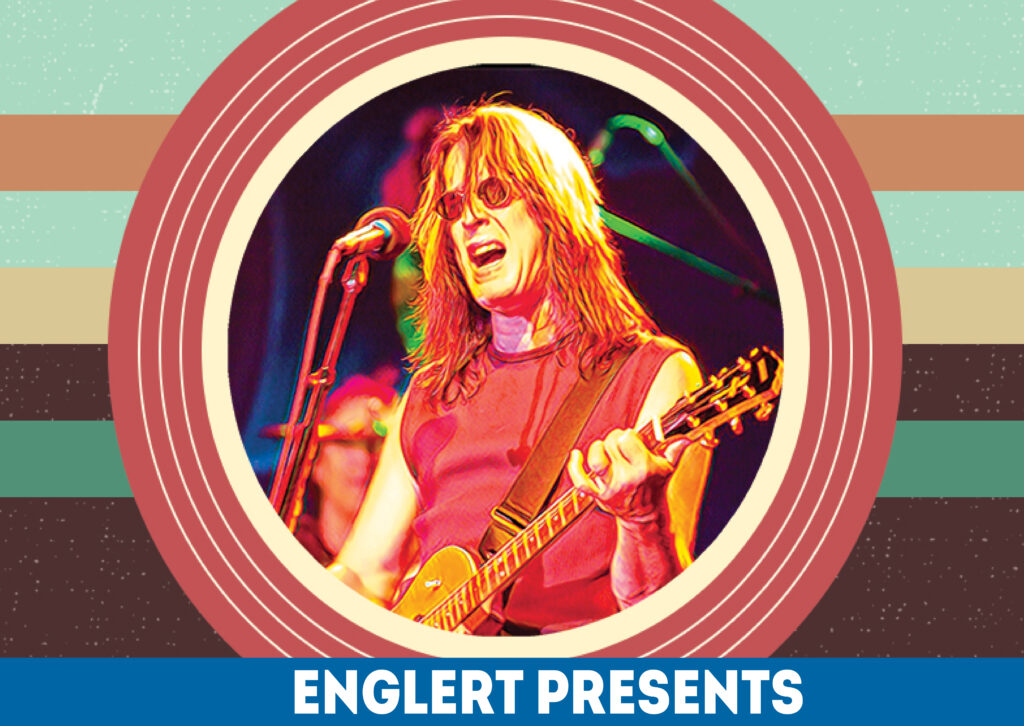 *Get access to advanced and discount ticketing by becoming a member of the Englert. CLICK HERE to learn more.

Fans never know what to expect from a Todd Rundgren show, which is a testament to his range as a musician. For example, his “The Individualist, A True Star” tour was named so because of its unique format: Along with a set of hits, Rundgren also performed a side of his seminal 1973 LP A Wizard, a True Star. In cities with multiple shows booked, the musician played a different side of the album each night.

No matter where Rundgren’s creative muse takes him on a given tour, what stands out is his voice — an instrument that can handle both growling rock and blue-eyed soul — and his charismatic stage presence. Thanks to this versatility, Rundgren has also toured as part of Ringo Starr’s All-Starr Band and, as a solo artist, opened for Hall & Oates and teamed up with Joe Jackson for a co-headlining tour. In 2019, he joined forces with the Monkees’ Micky Dolenz, Christopher Cross and Badfinger’s Joey Molland for the “It Was Fifty Years Ago Today – A Tribute to the Beatles’ White Album” tour.

Todd Rundgren first broke into the music business in the late ’60s with the band Nazz, for whom he wrote “Open Your Eyes” and “Hello It’s Me.” He then released several solo albums, including 1972’s Something/Anything? (which featured a re-recording of “Hello It’s Me”) and then founded the rock band Utopia, a group that drew on prog, power-pop and new wave. In 1983, Rundgren released one of his best-known songs, “Bang the Drum All Day.”