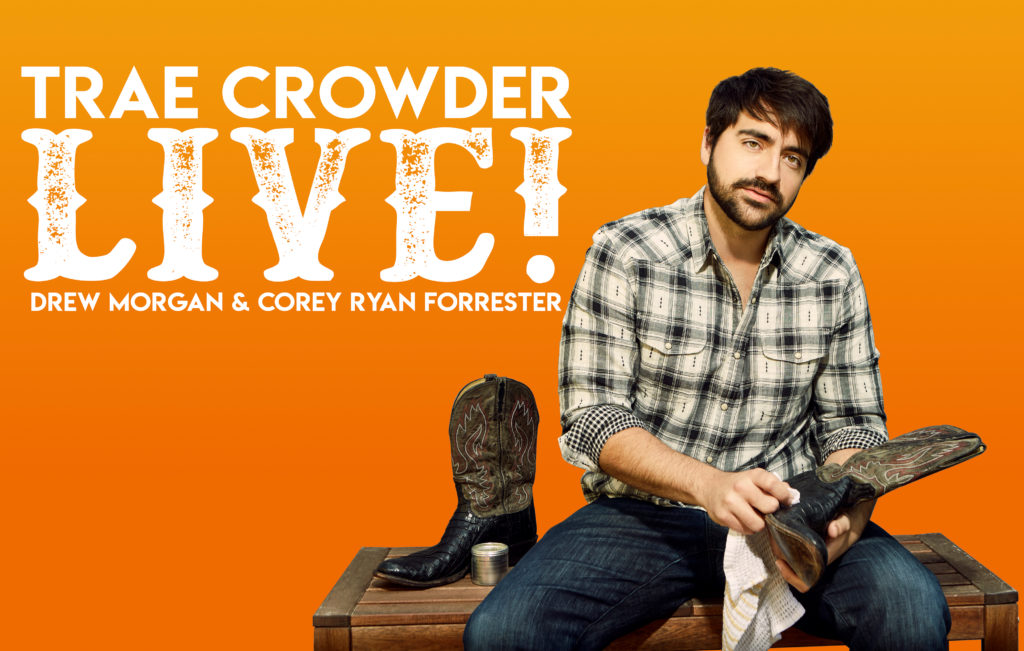 Trae Crowder (The Liberal Redneck) gained immediate social media viral fame from his series of topical rants as “The Liberal Redneck”. With over 165 Million views and appearances on Nightline, MSNBC and ABC, Trae began touring nationally as part of the wellRED comedy tour with partners, Drew Morgan and Corey Forrester. The trio are co-authors of the best-selling book, Liberal Redneck Manifesto: Draggin Dixie Outta The Dark and have found critical success performing to sold-out clubs and theaters in over 200 markets across the country.

Trae, Drew, and Corey have firmly established themselves as three of the most exciting new voices in comedy of their generation. Often compared to Carlin and Hicks, or a modern-twist on the Blue Collar Comedy Tour, the trio of comedians and writers challenge stereotypes and deeply-held beliefs about what is means to grow up humbly in the South. Their unique brand of relatable yet belief-challenging stand-up entertains audiences across the US, including some of the most unexpected cities. Focused on coming together and exploring evergreen social issues, Trae, Corey & Drew are blazing a comedic path to stardom.

Trae Crowder is a regular video contributor in partnership with ATTN: for Facebook and formerly, The New York Daily News. The trio are currently in development with a major broadcast network for a scripted sitcom series and a whole bunch of other projects they can’t talk about right now because they’ve gone all Hollywood.