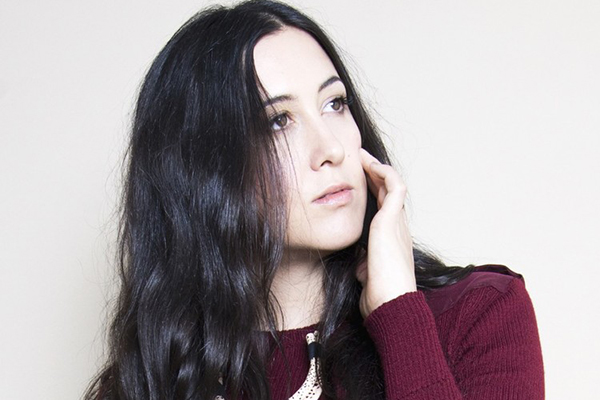 Englert Presents at The Mill | Sponsored by West Music

Vanessa’s show at the Englert Theatre on Sunday, November 1st has been moved to the Mill located just a few blocks away at 120 East Burlington Street, Iowa City, IA. Doors will open at 6 p.m. The show will begin at 7 p.m. with opening artist, Joshua Hyslop, and Vanessa will take the stage around 8 p.m.

Previously purchased tickets will be automatically transferred and honored for this change of venue. There is no need to get new tickets. Please note that seating will no longer be reserved. Seating at The Mill is general admission.

If you would like to receive a refund, please contact the Englert Box Office at 319-688-2653 by Friday, October 30 at 6pm. Refund requests after this date cannot be processed.

We apologize for this inconvenience and appreciate your understanding. Contact the Englert Box Office at 319-688-2653 if you have any questions or concerns.

About Vanessa Carlton:
An unusual light shines through Liberman, Vanessa Carlton’s fifth album. Its ten songs, built on ethereal melodies and lush orchestration, seem to climb out of the shadows, each resonating with a sense of haunting positivity. The opening track, “Take It Easy,” instantly sets the tone, inviting the listener into a sort of sonic euphoria: each note and lyric thereafter builds on that aesthetic, creating an ongoing narrative that unfurls over its classic side A and side B.

“It’s a calm record,” Carlton says. “I didn’t want any angst in there. I thought, ‘What would I want to hear back? What would make me feel better in my darker times?’ Even a phrase like ‘take it easy,’ which is in a million songs, brings happiness. This album leans toward seeing the good in humans and in the world.”

Carlton began writing in the summer of 2012, beginning with “Unlock The Lock,” an evocative piano-driven track that set the tone for the songs to come. She’d recently finished touring 2011’s Rabbits On The Run, an album conceived through inspiration from Stephen Hawking’s A Brief History of Time and Richard Adam’s Watership Down. Carlton found herself in the desert and the song emerged, reflecting a newly revealing songwriting sensibility for the artist. “I imagined a group of people listening to it,” she says. “It was the first time I ever wanted to make something like séance music – something that would make a human brain feel at ease, something that would feel right in an everyday ritual. I also realized I wanted the record to be really soothing lyrically and not so much a reveal of me.”

The musician followed that thread as she continued writing for the next year and a half, this time inspired by books like Joseph Campbell’s The Power of Myth and Aldous Huxley’s The Doors of Perception. Carlton’s primary influence, however, was a colorful oil painting by her grandfather Alan J. Lee, who was originally named Liberman. The painting, created in 1963, hangs in Carlton’s home and showcases three woman captured in swirling pastel colors. She wrote many songs while looking at the image, eventually deciding to call the album after her grandfather.

“The swirly colors of that painting reminded me of the music and the music reminds me of those colors” Carlton notes. “Then I looked up what Liberman means and it’s ‘honorable man’ and ‘my beloved’ – all these things that just felt right to me. It’s a strong family name that, in a weird way, describes the music to me.”

At the end of 2013, Carlton gathered her songs and decamped to Real World Studio in Box, England to work with producer Steve Osborne, who’d helmed Rabbits On The Run. In the studio, Carlton and Osborne focused on the sound, on creating layers of instrumentation with classic gear that veer away from crisp pop production and reference artists like Air. For Carlton, who began her career with several albums at the mercy of prescribed aesthetics, emphasizing the art of space and sonic beauty felt like the next step. This shift is revealed particularly in the trippy ambience of “House of Seven Swords” and the moody “Ascension,” which builds a soundscape outward from the piano at its center.

Carlton rounded out the album in Nashville, the city she now calls home, with producer Adam Landry who worked on three tracks. Carlton’s husband, Deer Tick front man John McCauley, played on several songs throughout the process, including “Take it Easy,” “Ascension” and “Matter of Time.” The latter is stripped of instrumentation and highlights Carlton’s voice as it soars over McCauley’s delicately plucked electric guitar, reminiscent of the old school vocal recordings of Dusty Springfield. As a whole, Liberman feels like a new chapter in Carlton’s storied career, revealing new facets of her musical skill and instigating fresh inspirations. Stagnancy, she knows, is the antithesis to creativity.

“Martin Scorsese said sometimes your greatest challenge is not your failure but your success,” Carlton says. “In a way I was able to persevere after having a success out of the gate and figure out a path that feels really pure to me. But I had to create this environment where I felt comfortable changing. When I was first doing records I was so young and I wanted to please everyone. But now I sort of feel ancient and I love it and I just want to make art for its own sake. Whether I fall on my face or not at least I know I did it. Everything I’ve done and everything I am is there in the songs.”