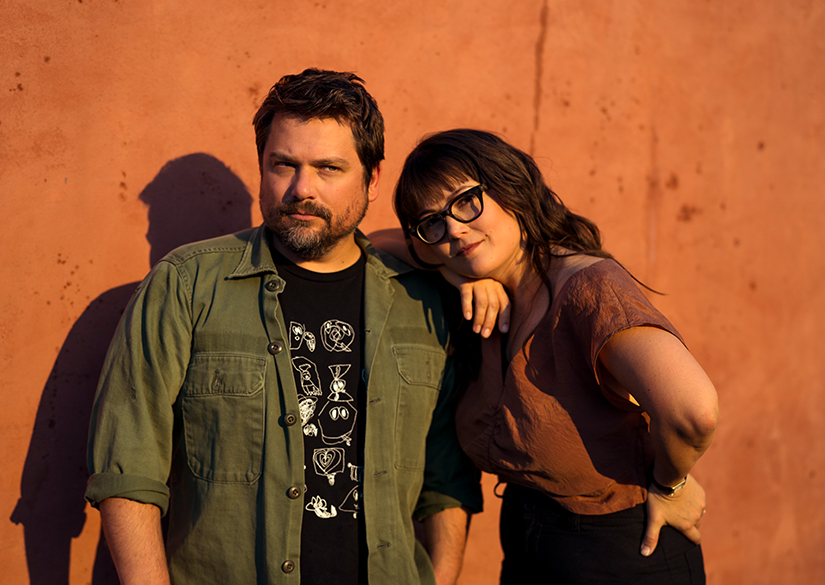 Returning to the studio as Watkins Family Hour, Sean and Sara Watkins consider brother-sister a duo-centric record – yet one that feels bigger than just two people. With Sean primarily on guitar and Sara on fiddle, and with both of them sharing vocals, the siblings enlisted producer Mike Viola (Jenny Lewis, Mandy Moore, J.S. Ondara) and mixer-engineer Clay Blair to harness the energy and honesty of their live sound.

“From the beginning, our goal was to work on these songs to be as strong as they could be, just the two of us,” Sara explains. “And with a few exceptions on the record, that’s really how things were. It was a tight little group of us, working dense days where we could squeeze them in.”

Sean (who is four years older than Sara) adds, “Because of the limited amount of time we had collectively to spend in the studio, there was a general sense of urgency, which I think the three of us (Sara, Mike and I) kinda strive for on these days. We didn’t have that much time and that made it fun and exciting. It was just us, in one room, facing each other with some really great mics, often playing and singing at the same time, trying to capture what Sara and I do in a real way.”

For the first time, the Los Angeles-based siblings carved out time to write with each other, often during the naptime of Sara’s toddler. They took early versions of the new songs to Viola, who instinctively rearranged some of the song structures in an effort to draw attention to interesting lyrics or surprising arrangements.

“Mike brings a diverse musical history to his production work,” Sean says. “He’s worked with a lot of people [from The Figgs to Fall Out Boy] that surpass just bluegrass or folk, but his sense of the songwriting craft and melody is right in line with us. He was bringing ideas that we would have never had, and vice versa.”

As Watkins Family Hour’s first project since a self-titled debut album in 2015, brother sister begins with “The Cure,” which Sean was inspired to write after watching Tidying Up With Marie Kondo. The concept of throwing things away is evident in the lyrics; there’s also a sense of knowing that you’re in an unhealthy relationship, but still choosing to avoid fixing it.