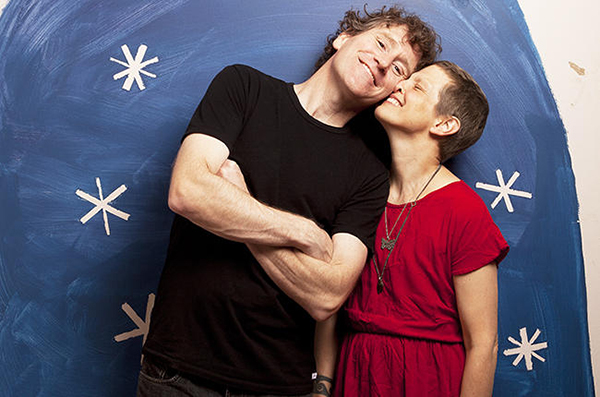 The Weepies: Completely Acoustic and Alone

The Englert is proud to announce that Iowa City’s own The Weepies will return to our stage for Completely Acoustic and Alone, an intimate performance on Saturday, November 26th at 8 p.m.

Completely Acoustic and Alone will feature The Weepies, their guitars, and a batch of unheard songs, no backing band. In a uniquely intimate performance, singer-songwriters Deb Talan and Steve Tannen will workshop new, never-before-heard songs in preparation for an upcoming album. This is a can’t-miss show for Weepies fans as well as listeners new to their work, with Iowa City being one of very few North American dates on this tour.

Talan and Tannen began writing together the night they met, and soon formed indie band The Weepies. On the strength of their simple yet insightful songwriting and distinctive harmonies, they quietly sold more than a million records, with over 17 million streams on Spotify, and 20 million views on YouTube. They married and had three children, rarely touring but continuing to release their music, five records over seven years. Sirens, recorded during Talan’s successful battle with cancer, was a critic and fan favorite.