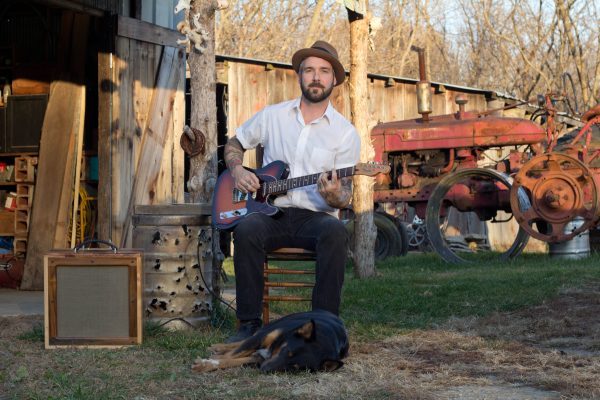 Known for the sparse, haunting qualities of the mostly solo recordings he refers to as “roots-folk music,” in which his voice is often accompanied by little more than a banjo or acoustic guitar, Whitmore began writing songs last year with some changes in mind. “I purposefully went into it wanting to make a little bit of a departure, sonically, using an electric guitar a little bit more and adding more instrumentation, more full-band type stuff,” he says.
Raised on a family farm in Iowa and inspired by the insurgent sounds of The Jesus Lizard, Bad Brains and Minutemen, Whitmore sketched out the new songs between feeding animals and tending crops. Each week he traveled two hours to Flat Black Studios in Iowa City, built and operated by his cousin and producer, Luke Tweedy. Together, where they would rehearse, record and build songs, sometimes welcoming other musicians to play live on tracks.

Energized by this diversifying, and also given the space to pair a patient sense of craft with the usual punk rock spirit to which Whitmore has always paid homage, the songs on Radium Death hum with an exigent electricity—whether amplified or not. They also present a cohesive look into those recurring Whitmore themes of respect, protection, sustenance and survival.