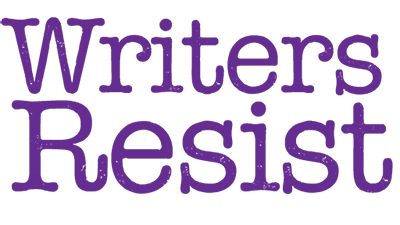 Ticketing: Free and Open to the Public

What began with an idea on social media by a writer in Florida has spread across the nation to Iowa. Writers from Iowa City will join with those in Cedar Rapids, Des Moines and dozens of other locations around the country for a local event as part of an international Writers Resist movement being held on the Birthday of Martin Luther King Jr. Writers will gather as part of a “re- inauguration” of our shared commitment to the spirit of compassion, equality, free speech, and the fundamental ideals of democracy.

The Iowa City event will be held on Jan. 15, 2017, at the Englert Theatre from 2-4 p.m., and will feature area writers reading from their work and that of others. Invited speakers include Mary Swander, Christopher Merrill, Iris DeMent, Jeff Biggers, Lisa Schlesinger, Kembrew McLeod and many others, and all will read work that speaks to the ideals of democracy, compassion, and free expression.

The event is free and the public is encouraged to attend. The event is hosted by the UNESCO City of Literature and the Iowa Writers’ House nonprofit literary organization, with support from other partners, including the Englert Theatre. Donations will go to the Iowa ACLU.

A post-event gathering will be held at the Mill from 4-6 p.m. to allow attendees to continue the conversation and provide a forum for others hoping to share their work.

Similar events will be held on Jan. 15 at  Coe College’s Dows Fine Arts Center from 2-4:30 p.m. in Cedar Rapids, and at Des Moines at Beaverdale Books from 1-4 p.m.

Poet, and founder of the Writers Resist movement, Erin Belieu, grew increasingly concerned during the recent Presidential campaign over public cynicism and how disdain for truthfulness seems to have eroded democratic ideals. When asked why her initial outreach to fellow writers the day after the election seemed to elicit such a strong response, Belieu, who also co-founded VIDA: Women in Literary Arts, said, “Writers are acutely aware when the uses of language are empty.” She continued, “Whether you live in a red or blue state, or another country that cares deeply about the American experiment, there is no more important battle than our right to truth.”
+ Google Calendar+ iCal Export