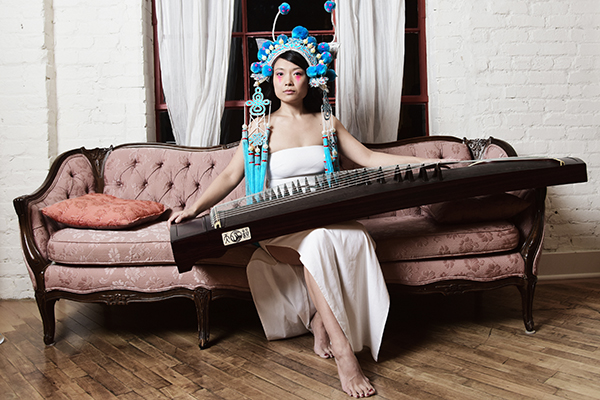 Musician Wu Fei’s work explores the unknown through the clash of cultural influence by way of Beijing to Nashville, and a clash of methods from the China Conservatory of Music’s rigors of tradition to Mills College’s focus on improvisation. She will perform new compositions for the guzheng.

Born and raised in Beijing, Wu Fei is a composer, vocalist and performer of the guzheng (Chinese zither), as well as the piano. She began performing guzheng at the age of six, and spent her formative years studying composition at the China Conservatory of Music.


She holds an M.A. in Composition from Mills College where she studied improvisation and composition. Wu Fei has performed and recorded with musicians such as John Zorn, Fred Frith, Billy Martin (Medeski-Martin-Wood), Carla Kilhstedt (Tin Hat Trio), and Grammy winning musicians Abigail Washburn and Béla Fleck. Her commissions range from a composition for the Percussions Claviers de Lyon (France) that premiered in the Forbidden City Concert Hall in Beijing, to live performances in Paris and Tokyo for Hermès.

She has composed for Balinese gamelan, symphony orchestra, choir, string quartet, chamber ensemble, film, and modern dance. She has performed at The Stone and MoMA in New York City, North Sea Jazz Festival in the Netherlands, Vossa Jazz Festival in Norway, Europalia in Belgium, and Madame Guitar Festival in Italy. Fei has also been a guest lecturer and performer at institutions including China Conservatory of Music, Middlebury College, University of North Carolina in Chapel Hill, and University of Colorado in Boulder.