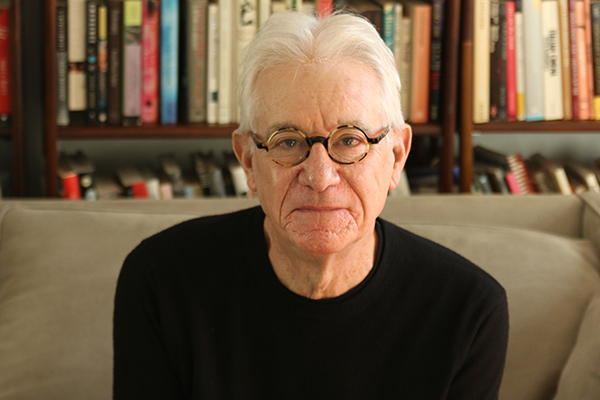 Ticketing: FREE and open to the public

Enormously influential, intensely prolific, and ardently engaged, Marcus served as Rolling Stone’s original reviews editor and has since written and edited more than fifteen books on music and American culture. Marcus is the author of the seminal work Mystery Train: Images of America in Rock ‘n’ Roll Music, called “the best and funniest book ever written about America or its music” by Rolling Stone, “the book that launched a thousand rock critics” by the New Yorker, and “perhaps the finest book ever written about pop music” by the New York Times Book Review.

Among Marcus’s other books are Lipstick Traces: A Secret History of the Twentieth Century, Like a Rolling Stone: Bob Dylan at the Crossroads, The Shape of Things To Come: Prophecy and the American Voice, In the Fascist Bathroom: Punk in Pop Music, 1977–1992, The Doors: A Life of Listening to Five Mean Years, and The History of Rock ‘N’ Roll in Ten Songs. A contributor to the New York Times, Esquire, Creem, the Village Voice, Artforum, Salon, the Believer, Pitchfork, and others, Marcus has written his long-running column, “Real Life Rock Top Ten,” for the past three decades. At once timely and timeless, sly and surprising, breathless and wild in its reach, Marcus’s virtuosic prose continues to energize critics, writers, musicians, and lovers of American culture.

Grail Marcus’s visit is sponsored by the Nonfiction Writing Program, the Department of English, the College of Liberal Arts and Sciences, the Provost’s Office, The Englert Theatre, Prairie Lights Bookstore, the Iowa Review, and the Tuesday Agency.