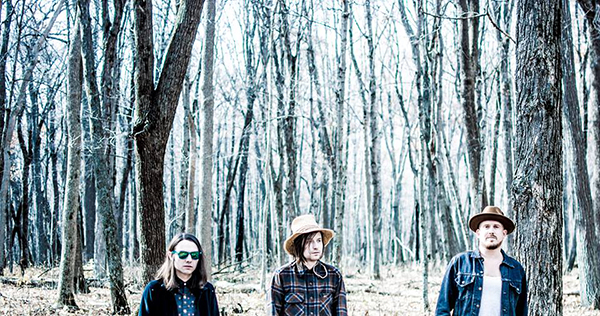 Rising out of the prairies of the Midwest, The Pines are one of the most distinct and powerful indie-rock/Americana groups to hit the national scene in years. Emerging from the same Minneapolis music world that spawned such notable acts as The Jayhawks, The Replacements and Bob Dylan, The Pines have gathered a stunning line-up of musical talent, in both their live shows and on record, that has gained them a faithful and growing following. Frontmen Benson Ramsey and David Huckfelt share a common musical language rooted in the songs and songwriters of their native Iowa, while each bringing a distinct voice and sensibility to the sound that Rolling Stone senior writer David Fricke called “quietly gripping” stark-country. The mysterious sound of The Pines fuses Benson’s ethereal, otherworldly, heart-piercing songs with David’s earthy, darkly romantic and rough-hewn visionary tales. With masterful guitar work, beautiful vocals and the graceful keyboard and vocal additions of Benson’s brother Alex Ramsey, the core of The Pines’ sound captivates and elevates with rare intimacy. Various touring configurations keep The Pines live show fresh and dynamic, from the full band with rhythm section to the versatile essence of the Ramsey, Huckfelt, Ramsey trio.

Surprisingly, David Huckfelt and Benson Ramsey actually began their musical partnership in Arizona, where they both lived in a Mexican barrio and first began playing together. The son of Greg Brown’s producer and sideman Bo Ramsey, Benson was reared on folk and blues music and continues to let those influences shine, even on louder electric songs. David also had a deep love for traditional music, and together the two of them started crafting songs that evoke the ancient, while incorporating newer rock and pop sounds.

Creating quite a buzz around the Twin Cities and across the Upper Midwest, The Pines caught the attention of acclaimed indie label Red House Records and signed with them in 2007, releasing their breakout album Sparrows in the Bell, named one of the top roots releases of the year by Q Magazine. The Pines wowed audiences at the 2008 South By Southwest (SXSW) and were named one of the musical highlights by CMT.com. They followed up this success with Tremolo, an album that garnered rave reviews in magazines like Rolling Stone and got airplay on tastemaker stations such as KCRW and The Current. It landed them coveted performances on Daytrotter.com and Bob Harris’ popular BBC show, winning them new fans across North America and Europe. A great live act whether performing as a stripped-down trio (David Huckfelt, Benson Ramsey and Alex Ramsey) or as a full rock band, The Pines’ devoted cult following and has led them to share the stage with such diverse acts as Bon Iver, Mavis Staples, The Arcade Fire, Iris DeMent, Mason Jennings and Spider John Koerner. The Pines just finished a North American tour with Mason Jennings in twenty-five cities, opening for him and playing in his band.